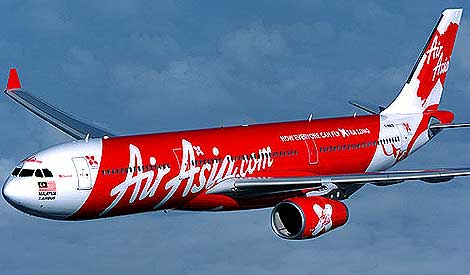 On praying pilots, I get Zaid Ibrahim

COMMENT | There has been a big ruckus going on in the social media about how right or wrong the pilot of AirAsia flight FL380 was when there was an emergency during the flight and he allegedly requested the passengers to say a prayer for their safety.

Vocal DAP member and former cabinet minister Zaid Ibrahim made a statement saying that the pilot should not have asked the passengers to pray because a pilot needs to keep the situation calm and show that everything is under control.

He subsequently received a slew of criticism in the social media by people who thought that he was insensitive for making such a statement. Many argued that it is all right for the pilot to pray and to also ask the passengers to do so.

AirAsia CEO Tony Fernandes has come out in defence of his pilot and said that he is proud and happy with the way Captain Ibrahim Jalaluddin handled the situation. He said that the crew did the right thing and he was glad that all the passengers were brought back safely.

Okay, let’s add the backstory and some context to the issue.

After the plane took off from Perth for Kuala Lumpur, there was a loud bang and the entire aircraft started shaking like a washing machine. The pilot, Captain Ibrahim, made a May Day call to the air traffic control and decided to turn back to Perth.

After that, Captain Ibrahim addressed the passengers, saying that they would be turning back to where they had come from. He also allegedly mentioned that the passengers could pray for their safe landing and he would be doing the same.

All that was reported in the media. And other than having journalists verifying the fact, there is no other way to confirm what was actually said by the pilot. I tried looking for a full recording online, but it yielded no results...