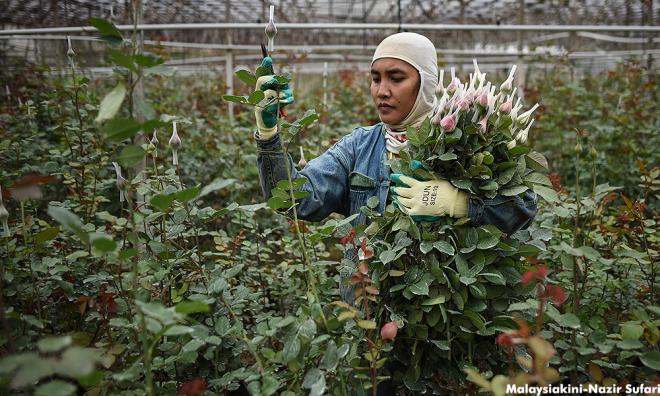 Dr M and Kula are clueless about labour policy

QUESTION TIME | One of the most galling and grating things that Prime Minister Dr Mahathir Mohamad continues to repeat until today is that there are jobs here but Malaysians are not willing to work in the so-called dirty, difficult and dangerous (3D) areas, which is why we have to employ foreigners.

And this is repeated ad nauseam by his underlings, some of them new ministers. This includes Human Resources Minister M Kulasegaran, who appears to have forgotten, along with Mahathir, why he was put there - to help satisfy the aspirations of all Malaysians for a better life. Mahathir is old, and difficult to change. But what is Kulasegaran’s excuse?

We could be having as many as 5.5 million foreign workers (over a third of the total Malaysian workforce), according to this report, of which only two million are legal. And yet, we still want to hire more workers instead of rationalising the foreign worker situation and legalising or deporting as much as 3.7 million workers. That should be the immediate policy imperative.

The same, staid, sad answer for the multitude of problems caused by foreign labour with no solution in sight has been given - Malaysians don’t want to work. Using this excuse, massive imports of foreign labour have been allowed, directly impoverishing millions - as much 75 percent of Malaysians in the workforce. That this is the fault of Malaysians who don’t take up these jobs is such a silly fallacy, as we shall show...