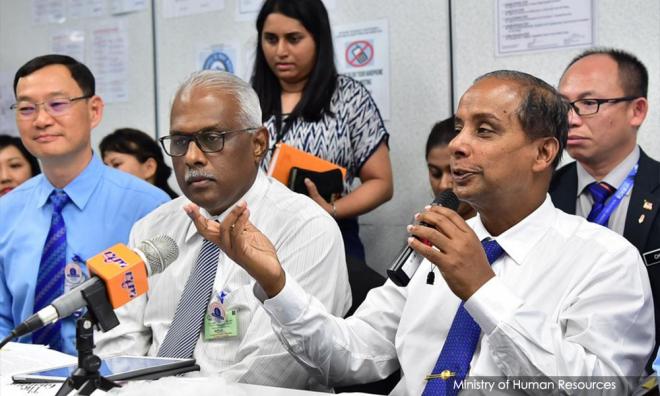 LETTER | A press conference held yesterday by the Minister of Human Resources M Kula Segaran is clearly part of an emergency damage control strategy and is certainly not fooling Top Glove’s international buyers.

As a recently elected Minister, his obligation is not to protect the international reputation of companies when serious allegations have been made, such as those against Top Glove.

His visit to one of Top Glove’s 25 factories appeared like a cynical public relations stunt rather than part of a serious investigation into the allegations.

His attempt to absolve Malaysian companies of the responsibility to address the issue of exorbitant recruitment fees defies belief. Servicing hefty recruitment debt locks workers into exploitative relationships of long overtime hours that induce fatigue and create safety hazards for all workers.

Malaysian companies are the beneficiaries of this system. It is for this reason that they are obliged by international norms to undertake due diligence of their recruitment processes.

In addition, the fact that the Minister is rebuffing the allegation that workers are clocking up more than 104 hours of overtime demonstrates how broken the Malaysia’s labour law is. Well, 103 hours of overtime is equally shocking, but it is perfectly legitimate under the current law.

We take very seriously the suggestion that workers who reject these punishing overtime schedule face sanctions.

However, we note that workers are also likely motivated to take as many overtime hours as they can get because their basic wages – scarcely above the minimum wage of RM1,000 (US$250) – are simply too low to live on alongside the need to service recruitment debt and send remittances to their families.

Reforms need to be prioritised

Of course, the minister had an opportunity to start remedying this. However, the minimum wage increase that has been announced for next year will make little difference. All workers in the country would benefit from a strengthened collective bargaining regime, and those reforms really need to be prioritised.

At the same time, with the serious allegations levelled against Top Glove, the company would be well advised to open its doors directly to unions and offer access over and above that which is required by law, to ensure that buyers can see the right to freedom of association is protected.

We are calling on the international buyers – which includes many of the world’s largest public health and procurement agencies, as well as major retailers and corporations – to take immediate measures to ensure that all workers’ recruitment debts and any salaries that have been unlawfully withheld are repaid in full.

Finally, this case has once again highlighted how the system of workplaces auditing has failed some of the world’s most vulnerable workers, including those at risk of forced labour, debt bondage, inhumane levels of overtime or worse.

The international community needs to take this opportunity to reconsider whether their auditing procedures are actually highlighting non-compliance with international standards of decent work for buyers, and if not, pressure their suppliers for change. Now is the time for this debate.