Malaysiakini: North Korea has been consistently singled out by the Bush administration since the 2002 State of the Union Address as one of the three components in the 'Axis of Evil' because of its nuclear ambition and capacity. Given the unique geopolitical and military complexities in the Northeast Asian Security Complex involving not only the United States but also China, Japan, Russia, South Korea and Taiwan, how will US handle the North Korean regime in the second Bush administration so as to achieve the strategic objective of a de-nuclearised Korean Peninsula? 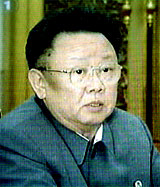 Lee: I think the Bush administration should not be driven by ideology in North Korea. Bush may not like the 'Dear Leader' Kim Jong II or look upon his government as an evil regime that one cannot compromise with. Instead there should be regime change. Such an ideologically driven policy will be counterproductive. The US has to realise that North Koreans have genuine worries about being attacked by the US and are concerned to develop economically. If this realisation comes then perhaps there could be a peaceful solution to the North Korean issue.

What about Islamist terrorism and insurgency in Southeast Asia, particularly southern Philippines, southern Thailand and parts of Indonesia? What will the second Bush administration do about it? Do you foresee any change of US policy or strategy on the war on terror in the coming years?

It is hard to say. On one hand, one cannot see at least in the short-term, given the Bush rhetoric and the entrenchment of the conservatives in his administration, any change coming in the US policy against terror. On the other hand, perhaps in the longer term, when the Americans come to grief over Iraq and when there are widespread terror attacks against America both in America and the rest of the globe, then the Americans might find a change of strategy necessary.

What is the exact position of the United States on the relations between China and Taiwan? Under what circumstances, or in what types of scenario would the United States be militarily involved in a cross-strait armed conflict ? 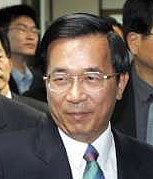 In one phrase, the "preservation of the status quo". By that it is meant the present separation of Taiwan from China, despite a formal US adherence to the One-China policy, and no formal separation of China from Taiwan through a Taiwanese declaration of independence. The former suits the US fine as this could act as an indirect containment of China while the latter would bring a war that the US will loathe to be involved in.

Under what circumstances will the US be involved in a Taiwanese war? It seems likely that if China attacks Taiwan without provocation from the Taiwanese such as a declaration of independence or without some extreme happening then the US will likely intervene militarily. If the Chinese attack because of Taiwanese provocation, it is hard to say. You can bet, for now, the Americans will do everything they can to prevent the Taiwanese from declaring independence as they realise this will lead to war.

The United States seems to still value its security and defence alliance with Japan but there is also a fear on the parts of China, South Korea, North Korea and parts of Southeast Asia like the Philippines of a re-militarised and rise of right-wing ethno-nationalistic Japan. How does the United States balance the situation or relation?

It is true that nationalist forces are emerging in Japanese politics. This can be seen in their pushing the Japanese government to take a strong line over North Korea and China. I am not sure this will necessarily lead to a militarism akin to that of the prewar years, given a still pacifist Japanese population, stronger Asian neighbours and Japanese global economic interdependence.

Also there is the influence of the United States who while on one hand is keen, as I said earlier, to encourage Japan to take up military responsibilities but on the other is nevertheless not keen to see a right-wing militarist Japanese government established especially if it could turn anti-American. How do the Americans prevent this? In my opinion, they should continue to encourage Japan to undertake its international responsibilities in a non-military manner, which Japan had been doing a good job of.

What would be the bilateral relations between the United States and the rising China in the second Bush administration?

Because the Americans are bogged down in Iraq and in the war on terror, I see some stability in Sino-American relations under the second Bush administration. Many Americans have found an enemy in international terrorism and it will do fine as a replacement of the enemy the Soviet Union constituted in the Cold War years. No necessity for the moment to make China the enemy to replace the former Soviet Union. Yet things can come unstuck over Taiwan, not so much by both the Chinese and the US wanting to go to war over it (they both absolutely do not want to) but by miscalculation. The present danger lies in the determination of the (President) Chen Shui Bian's people to push the end of the envelope. That could tear at some stage and could drag the US to war with China.

How would the United States balance its relations with formerly USSR-inclined India and the traditionally pro-US Pakistan, now two nuclear states which seem to still have some serious territorial disputes such as Kashmir?

It used to be that the US was allied with China to support Pakistan against an India supported by the Soviet Union, an alliance once most famously stated by Kissinger as some kind of a tilt. The game is somewhat different now with the end of the Cold War. If any tilt is there it will be the US towards India as a possible balancer against a rising China. Pakistan would be left out in the cold. But because Pakistan is such a valuable ally to the Americans in the war against terror that the US is still very keen to continue with its friendship with Pakistan. So the US will have a policy of cultivating India but still be very friendly towards Pakistan, not an easy policy to manage with success.

In your opinion, what are the other issues in the Asia-Pacific region that are of immediate and pressing concern to the second Bush administration? What would be the likely US approaches to manage these issues?

The most obvious other issue will be the falling dollar. The likely American response (is) benign neglect in the near term.

Prime Minister John Howard's Australia has clearly and firmly reaffirmed its traditional alliance with the United States in recent years. Like President Bush in the United States, Howard is also politically strong in Australia. What roles would Australia play in the second Bush administration in the Asia-Pacific region, particularly Southeast Asia?

It is clear that Howard (and the majority of Australians) has as his first priority the strengthening of the American alliance, and then from there to deal with Southeast Asia and the rest of East Asia in a manner that plays to Australian strengths such as Australia, not only as a bosom friend of Uncle Sam, but also as a crucial supplier of commodities to Northeast Asia and Australia with an identity of its own that takes into account Asian realities but not succumbing to Asian pressures.

the process. To some extent he is succeeding mainly because Asians were never really that interested in the Australian debate in the past about their Asian identity and also because China needs Australian natural gas. But in the long run it is not so much Australians' Asian identity (or lack of it) that matters but its relevance to Asia.

US strategy in Asia-Pacific: A M'sian forecast (Part 1)