Local movie 'Ola Bola' has brought back memories of the good old days for many Malaysians, including CIMB Group chairperson Nazir Razak, who felt sad after watching the movie because he thought corruption and racism have undermined the country.

In an Instagram post yesterday, the younger brother of Prime Minister Najib Abdul Razak said he loved the movie as it brought back memories of being at Merdeka Stadium on that glorious night of the national football team. 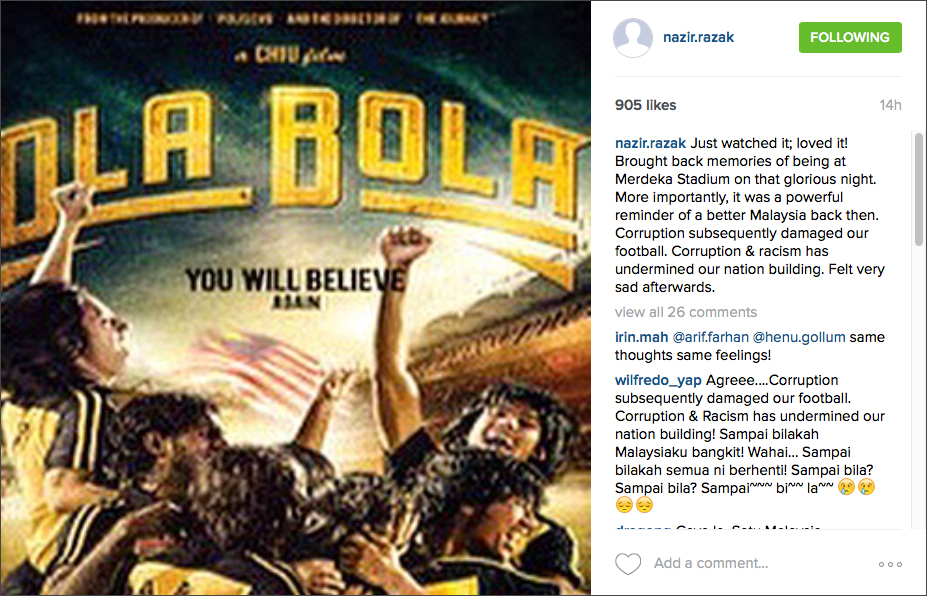 "More importantly, it was a powerful reminder of a better Malaysia back then.

‘Ola Bola’, a movie inspired by Malaysia’s qualification to the Moscow Olympics in 1980, is making a killing in the cinema, having reaped RM2.5 million in its first four days of screening.

It features a multi-racial cast, much like the 1980 Malaysian football team. Opened on Jan 28, it is screening in 126 cinemas in Malaysia and Brunei.