COMMENT ‘Bangsa’ is a very interesting term. It is derived originally from the word ‘vamsa’ in Sanskrit which means descent. But just like any other foreign word, when it enters in a new cultural zone, and in this case the Malay cultural zone, it has to go to the process of localisation that results in it assuming a different or improvised new meaning.

No one knows accurately when the word ‘bangsa’ is used, but a search in ancient traditional manuscript of the Malay Hikayat could provide the answer. I believe some of the “prasasti” (ancient Malay inscriptions carved on stone) might have the term ‘bangsa’ or ‘vamsa’, but the meaning used centuries ago might not be the same as we understood it now.

But emprically speaking, the word ‘bangsa’ already existed in the the ancient Malay text of Hikayat Bayan Budiman, written in the 1370s, some 800 years ago. The meaning of ‘bangsa’ construed in Hikayat Bayan Budiman simply means community of living beings, human as well as non-human, for example ‘bangsa burung’, ‘bangsa indera’ and ‘bangsa manusia’.

Note that the term ‘bangsa’ used some 800 years ago in ancient Malay text did not relate either to race or territory. It simply a category used for a community. Any community of living beings for that matter.

Only now (perhaps since colonialism because the idea of race was historically brought by colonial racial ideology) that the term ‘bangsa’ relates to racial and/or territory.

What is interesting is that since the term ‘bangsa’ originally used by the ancient Malay authors in a very open and inclusive form (eg bangsa manusia, bangsa burung, bangsa indera,) it can now be creatively used to denote almost anything and in this case, 'Bangsa Johor' which means whoever lives or originates from Johor and pledges loyalty to the territory known as Johor can become Bangsa Johor, regardless of race, language, culture or religious background.

A form of state-based nationalism

In a way, the idea of Bangsa Johor is a form of state-based nationalism, where the pledge of loyalty is given to Bangsa Johor. In this case Bangsa Johor becomes the first and foremost object of loyalty.

In the context of Malaysian nation or 'Bangsa Malaysia', the idea of another Bangsa i.e. Bangsa Johor to exist parallel to Malaysia can also be interpreted as parochial nationalism and it can be seen as a challenge to the creation of Bangsa Malaysia. 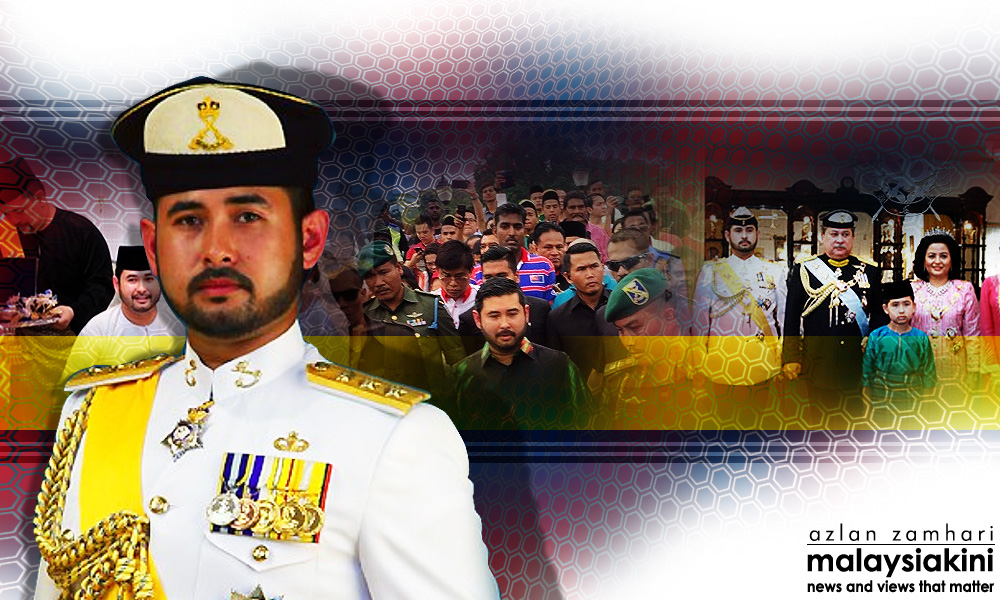 But on a political level Bangsa Johor is a manifestation of the ancient Malay regime of the Malay Sultanate trying to exert or reclaim back its power from the federal government, since the initiator of the idea is the Tengku Mahkota Johor Tunku Ismail Sultan Ibrahim (photo). It is interesting to note that the idea of Bangsa Johor is being promoted when the federal government is weak and facing a crisis of confidence.

Whereas on the economic level, the idea of Bangsa Johor will create a strong, emotive sentiment towards Johor and this sentiment can be used, manipulated and exploited to build a strong and massive support for any project initiated by Johor royalty, particularly the Iskandar Malaysia massive development project (though an environmentally and socially problematic project), where one of the biggest shareholders is a company linked to the Johor royalty.

For further reading on the link between Johor royalty and its business venture in Iskandar Malaysia project see a very interesting series of investigative journalism published by Malaysiakini here:

The idea of Bangsa Johor is also important to ensure the success of JDT Football Club, which is managed by Tengku Mahkota Johor.

With millions of ringgit spent and invested by Johor royalty to build the team, the idea of Bangsa Johor is a very clever and strategic marketing strategy to get all Johoreans who are imbued with a sense of nationalistic fervour for Johor to purchase JDT’s sports merchandise and paraphernalia, as well as buy thousands of football game tickets and flood the Johor stadium to show their support and loyalty to Bangsa Johor football team.

State nationalism embodied in the idea of Bangsa Johor is a very convenient and strategic way for the ancient Malay sultanate of Johor to exert and reclaim back its power, expand its political influences and to profit economically from the many business ventures in property and town development, as well as in the sports industry that they are currently actively involved in.

JIMMY SHIBARI is a reader of Malaysiakini.