The drive for social and political change is always initiated by the youth.

I was very invigorated and excited when I saw the Tangkap MO1 demonstration happening with relative success last weekend. It was organised and attended by mostly the youth and students in the country.

Politics aside, this is exactly what's needed to guarantee a good future for the country - young people who are intelligent, aware, passionate, concern and are active in playing a role in society.

They felt enough motivation to organise and mobilise themselves for a cause that they believe in. So if anyone were to say to me that Malaysian youth are apathetic, I will strongly disagree.

When Azalina Othman, Minister in the Prime Minister’s Department, gave her advice to students at Universiti Malaya, I felt a strong sense of responsibility and obligation to point out that she is wrong. Wrong as wrong can be.

She says that students need to be “selfish” and concentrate only on their studies instead of trying to express their views and change the country. They shouldn't be involved in “illegal politics”, whatever that means, until after graduation. 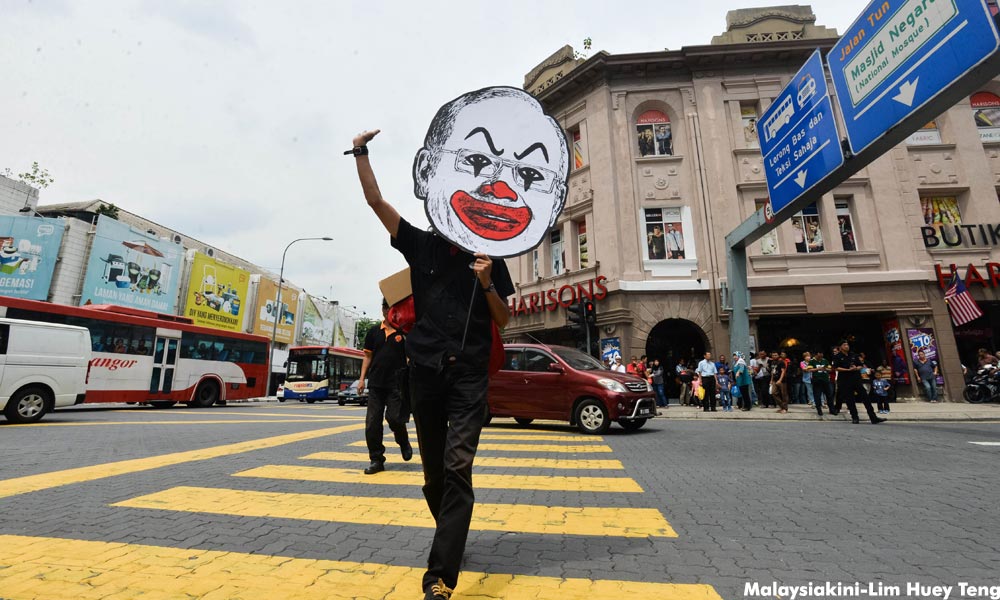 First of all, what would be considered “illegal politics”? If the minister is referring to the Tangkap MO1 demonstration last Saturday, then she must be mistaken because it was plain politics, not illegal politics.

And if she is referring to students being involved in political party activities, then she must also be mistaken because her party, Umno, sanctions and supports many Umno student clubs and societies in many universities and colleges.

Now, she wouldn't be referring to activities done by the opposition parties as illegal, would she? Because if she was, then that would be double standards and wouldn't be very fair. And being a government official, that isn't very diplomatic.

No! Students and the youth must be socially and politically active. In any society or nation, the drive for social and political change is always initiated by the youth. It is their future and they have a vested interest.

It is also part of their education to grow and develop into wholesome and rounded human beings with a sense of social duty and civic responsibility. Isn't the kind of Malaysian society we would like to have?

These are the formative years and if, according to the minister, they are taught to be selfish now, they will forever have that ingrained in the minds. When they grow older, they will be exactly like the “selfish” minister.

In fact, to think about it, the youth are selfish by being involved and wanting to initiate change. They are selfish of their future and want it to be the best future that they can have. It just so happens that their selfishness benefits all and not just individuals.

Don't ever fall into the trap of waiting to be leaders of tomorrow. That is an excuse for those in power to say that you don't have any say in anything important now. They just want you to keep quiet and not challenge the status quo.

The minister and her cronies are doing the youth and the entire country a disservice when they give advice like this. What they are really scared of is that the youth actually does have the power to change things.

So to the youth, I want to say that you should remember instead the saying that youth is wasted on the young, and prove it wrong. Rise up now. It doesn't matter which side of the divide you are on. If there is something you feel is good and you believe in it, then rise up.

ZAN AZLEE is a writer, documentary filmmaker, journalist and academic. He still thinks he is youthful. Visit FATBIDIN.COM to view his work.