"Allhamdulilah (praise God), Hisham is more popular by one percent," he was quoted as saying on the BN Backbenchers Club (BNBBC) website.

He was asked to respond to the poll carried out among Selangor voters by state government think tank Institut Darul Ehsan (IDE).

The survey, conducted between August 26 and 30, found 32 percent of voters favoured Hishammuddin as Najib's successor while 31 percent favoured Ahmad Zahid. 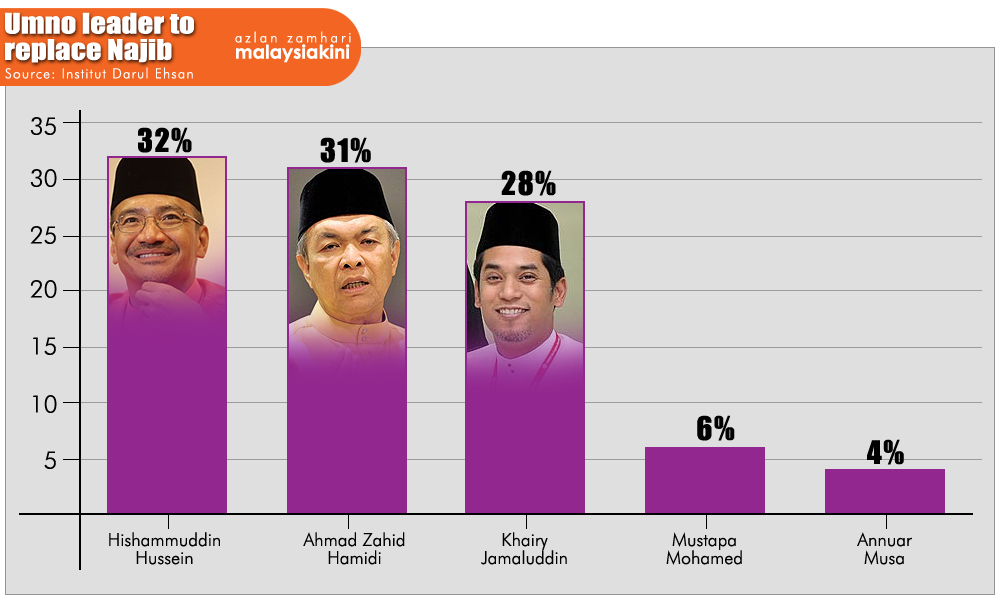 The survey found that Hishammuddin was the most popular among middle-aged voters from 31 to 50 years old.

However, Ahmad Zahid was most popular among older voters, particularly those aged above 51-years old while Khairy was most favoured by young voters aged 21 to 30.