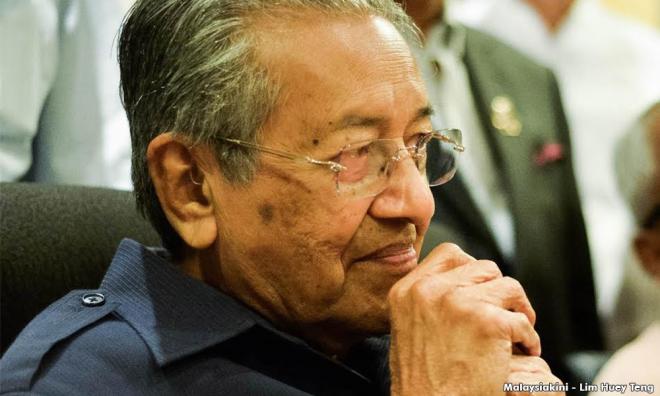 He was referring to the notorious Joseph Goebbels who served as propaganda minister in Nazi Germany.

"His task was to transform all the bad done by the Nazi regime to look like they were not only good but also noble.

"Unfortunately, apart from the Nazis, no one believed the picture Goebbels and his ministry were trying to paint. The world completely rejected his propaganda about Adolf Hitler and the Nazi regime.

"Since Najib was accused of misappropriating billions of ringgit in 1MDB funds, many little Goebbels were tasked to repair Najib's image, using various explanations and claims," he said in a blog posting today.

Mahathir pointed out that ultimately, not only did Goebbels end up killing himself but he also murdered his wife and children.

He congratulated them “for successfully misleading Najib to think that their statements have been effective”.

Mahathir noted that there were many other efforts to clear Najib's name including the statement by Najib's former bodyguard Sirul Azhar Umar – who was convicted of murdering Mongolian national Altantuyaa Shaariibuu – claiming that the prime minister was not involved.

He added that some bloggers have also changed their allegiance despite denying that they were bought over, while the mainstream media tried to downplay public talks about Najib's alleged wrongdoings.

"The attempt to clear Najib is futile as it cannot change people's belief that he is guilty as charged," claimed Mahathir.

"Najib's propaganda has been ineffective. The large amount of money given to the little Goebbels can't change the public view of Najib as well as those opposed to him," he said.

Mahathir claimed the propaganda has only had the opposite effect as people become more convinced of the allegations against Najib.