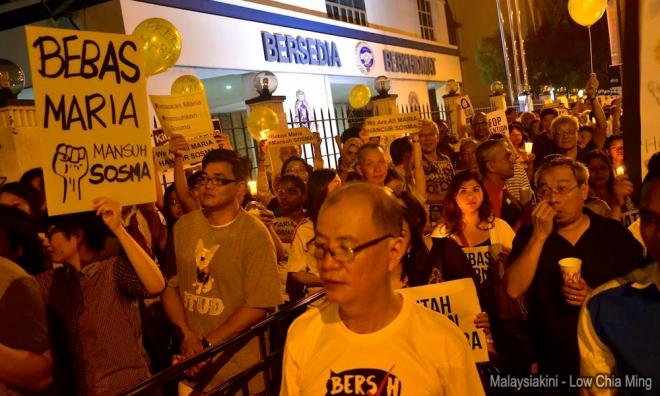 Apart from the vigil held in solidarity with Bersih chairperson Maria Chin Abdullah at Dataran Merdeka last night, vigils were also held in other states for Maria, who is currently detained under the Special Offences (Security Measures) Act (Sosma).

In Penang, some 200 Bersih supporters gathered outside the Penang police headquarters in support of Maria and they also urged the abolition of Sosma.

NGO representatives from Aliran and political leaders from PKR and Parti Sosialis Malaysia (PSM) were also at the vigil.

Chanting “Bebas Maria”, “Mansuh Sosma” and “Hidup Rakyat”, they also recited poems while the many cars that passed by honked in support.

They then marched about 50 metres and sang “Suara Rakyat” and “Negaraku” before dispersing peacefully. 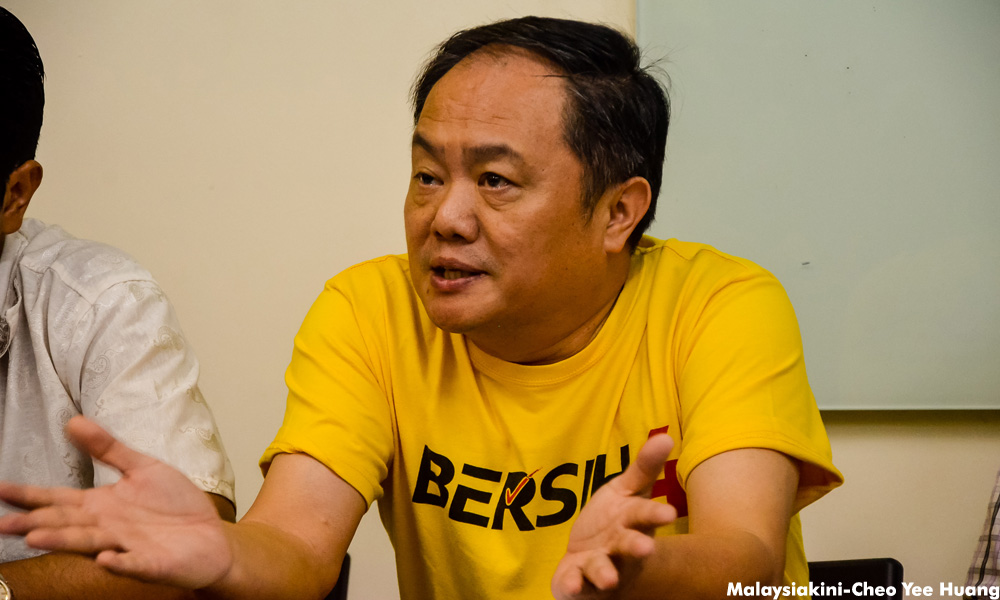 In Johor, although the crowd was smaller, the vigil there was spirited, which consisted of some 70 supporters who mostly wore yellow, gathering outside the Johor Baru Selatan district police station.

This was the second candlelight vigil demanding the release of Maria held in the state.

“The government pledged to use Sosma against terrorists, not against political activity,” said Thomas Fann (photo above), a member of the Bersih steering committee.

“Maria is no terrorist, she's a single mother. I'm proud to know her.

“This is not about one person, it's for our nation," Fann said, greeted by loud cheers from the crowd and stoic silence from the police.

Apart from being detained under Sosma, which allows for detention without trial of up to 28 days, Maria is also being investigated under Section 124C of the Penal Code for engaging in activities detrimental to parliamentary democracy.

Bersih intends to hold the vigils daily until Maria is freed.

This rally in the state capital was held despite Johor's Sultan Ibrahim Iskandar decreeing on Nov 3 that any form of street demonstration would not be allowed in the state as such action can be seen as affecting public order.

“It is irresponsible for people to gather in public places and insult leaders and certain individuals.

“I would like to stress that I would not allow any kind of demonstration to take place in Johor,” Sultan Ibrahim said at a Bangsa Johor gathering in Pasir Gudang indoor stadium on that day.