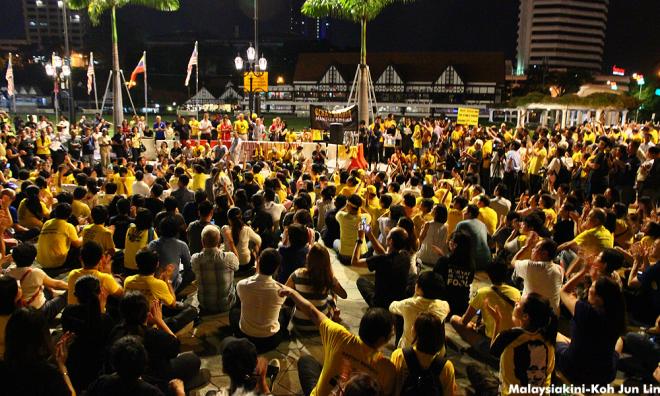 1,000 at Maria Chin vigil told to get off Dataran Merdeka

Some 1,000 Bersih supporters standing vigil last night in protest against the arrest of the movement’s leader Maria Chin Abdullah were ordered to vacate their Dataran Merdeka venue.

However, the event continued without any further incident until its conclusion at 10.30pm, after organisers agreed to comply with Kuala Lumpur City Hall’s (DBKL) instructions and shifted the crowd to the adjacent Jalan Raja.

A notice posted on an electronic screen at Dataran Merdeka said the historic venue was closed by the order of the mayor, from 5pm until 7am on the following day, from Nov 22 until Nov 29.