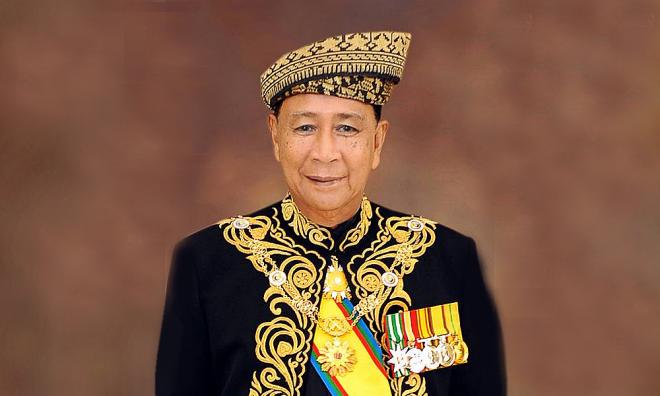 The proclamation and pledge of loyalty ceremony was held in conjunction with the return of the Kedah sultan to the state after the end of his five-year term as the 14th Yang di-Pertuan Agong, on Monday.

The proclamation today was made by state secretary Bakar Din before the Sultan of Kedah, Tuanku Abdul Halim Mu'Adzam Shah and Sultanah Kedah, Tuanku Haminah.

Tunku Sallehuddin, who is the younger brother of the sultan, took his loyalty pledge to carry out his responsibilities with honesty and sincerity, and to always uphold the Kedah Sultan's command.

The sultan of Kedah then presented the royal keris to the Raja Muda and this was followed by the playing of the nobat by the royal court's music ensemble and firing of a nine-gun salute in the distance.

After this, Kedah deputy mufti Sheikh Marwazi Dziyauddin recited the doa, marking the end of the ceremony.

Tunku Sallehuddin, who was born on April 30, 1942, is married to Tengku Maliha Tengku Ariff. They have two sons.

He was appointed as chairperson of the Kedah regency council, replacing Tunku Annuar Sultan Badlishah who passed away on May 21, 2014, and held the post until Dec 12, this year upon the return of Tuanku Abdul Halim after completing his term as Yang di-Pertuan Agong.

Gentle but firm, Tunku Sallehuddin is the ninth of 14 children of the 26th sultan of Kedah, Sultan Badlishah Sultan Abdul Hamid Halim Shah, who ruled the state from 1943 to 1958.

Due to his deep interest in the military field, Tunku Salehuddin chose to undergo cadet training in India at the Indian Military Academy in Dehradun from July 23, 1962 until June 30, 1963.

Tunku Salehuddin was commissioned as a lieutenant on Feb 12, 1964 and was stationed with the 12th Battalion of the Royal Malay Regiment (RAMD) in Pengkalan Chepa, Kota Baru, Kelantan.

During his service with the army, he was involved in several security operations at the Kelantan, Kedah and Perak border areas with Thailand.

Tunku Sallehuddin holds a number of important positions including as chancellor of the Cyberjaya University College of Medical Sciences and president of the Kedah Islamic Religious Council.