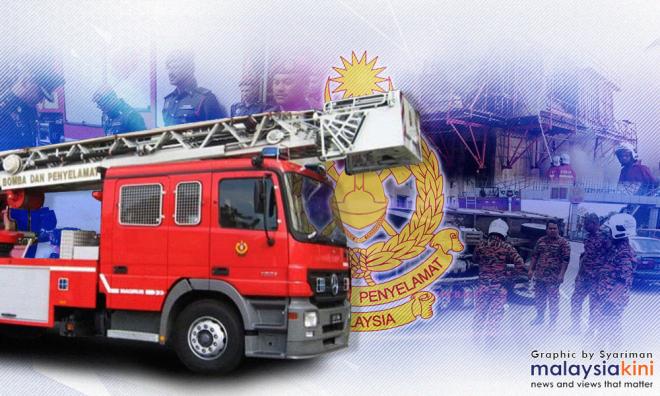 A pilot was killed while his co-pilot was injured after a GT500 Microlight aircraft crashed in Sungai Mati, Muar, Johor, at about 11.30am today.

The body of Yee Yoon Fah, 54, was sent to Tangkak Hospital while co-pilot Mohd Shahrul Shafiri, 35, who suffered injuries in the face and body, was rushed to Muar Hospital for treatment.

Deputy Supt Kamaruzaman Mohd Din of Melaka Fire and Rescue Department said the one engine aircraft had just left Sungai Rambai Aerodrome, about 200 metres away, when the crash occurred.

"We (Fire & Rescue Department) received a distress call at 11. 53am from kampung folks. Three fire trucks were rushed to the scene," he told reporters in Jasin today.

Kamaruzaman said on arrival at the scene of the crash, the firefighters found that the aircraft had turned turtle in the river.

"The injured co-pilot was found on the river bank. Firefighters took about 15 minutes to extricate the pilot’s body from the aircraft," he added.

Meanwhile, Sungai Rambai Aerodrome chairperson Hassan Abd Rahman said that he was told that the aircraft was undergoing tests to obtain a flying licence from the Departrment of Civil Aviation (DCA).

"The operation of Sungai Rambai Aerodrome has ceased immediately until the investigation of the crash by the authorities is completed," said Hassan, who is also the Sungai Rambai state assemblyperson.