COMMENT | Most analysts will tell you that BN will emphatically win the coming May 9 election. I am not most analysts. While I agree with the dominant argument that BN goes into GE14 with significant structural advantages and the ruling coalition is a strong favourite to win, the campaign is fluid and riddled with uncertainties.

Compared to 2013, this election has more competitive seats and more unknowns. No one can predict the outcome with certainty. Below I outline five issue areas that make GE14 arguably one of Malaysia’s most competitive, suggesting that much of what is happening in the election to date is evolving in the last few weeks of the campaign, and as such GE14’s outcome and that of Malaysia’s political future is very much in the balance.

In 2013, nearly 50% of the seats (111 of 222) were competitive, with 32% of the seats won by less than 10%. Most of these close seats were fierce battles, some of which came down to blackouts, postal votes and multi-cornered splitting of the opposition vote. Polling agents were often unsung heroes. Recall that in four parliamentary seats in Sabah, opposition differences resulted in BN winning them - Keningau, Kota Marudu, Pensiangan and Tenom.

In 2018, around 65% of the seats (144) are estimated to be competitive, meaning that these seats can be won by less than a 10% margin. This increase is the product of three issues: 1) three-cornered fights, 2) the entrance of Bersatu, and 3) greater convergence of local opposition in Sabah. Three-cornered fights (a topic that will be developed in more detail in a later piece), disproportionately advantage the BN, but in the process, they make the margins of victory lower. 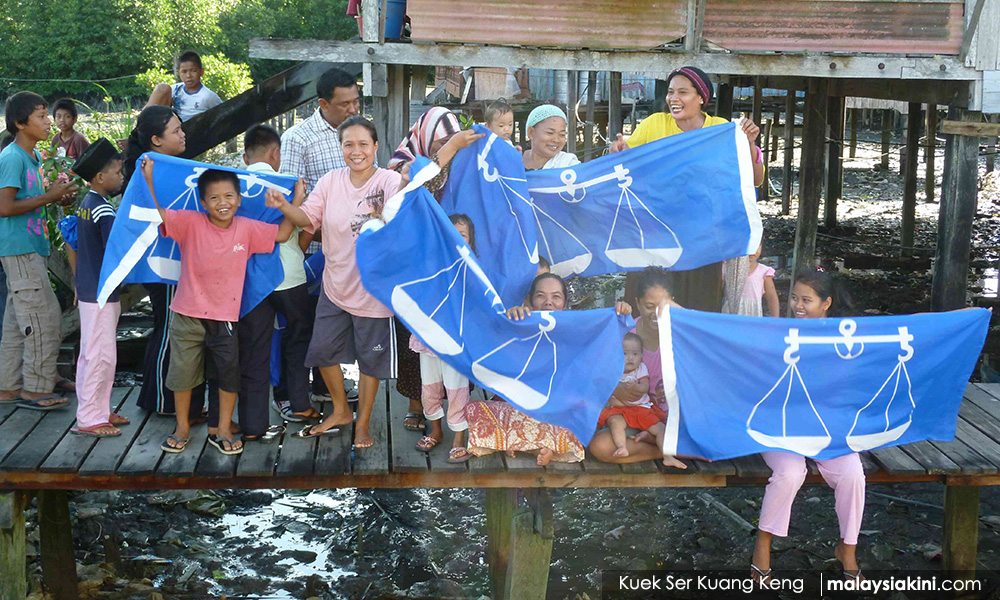 PAS is reportedly slating candidates in 126 seats, which will make multi-cornered contests a nationwide phenomenon. Slimmer margins make for more competitiveness and surprises. At the same time, traditional seats like Pagoh and Langkawi – while also favour BN despite the fielding of Bersatu heavyweights– now join the competitive seat list. We also see more competitive seats in Kedah and Johor.

Finally, while Sabah politics continues to be multi-party, the localisation of the opposition increases the political salience of ethnic and personal loyalties and, combined with the wave toward Borneo empowerment, makes for closer contests.

In 2013, the election was about caretaker prime minister Najib Razak. This time around it is the same, except rather than serving as a strength for BN, he is a liability with record levels of antipathy against him and his wife, Rosmah Mansor. If Najib really wanted his coalition to win positively, he would have stepped down. As such, the election appears to be about his survival, not the interests of his party or the country.

Opposition leader Dr Mahathir Mohamad is also a divisive figure, similarly evoking strong emotions from critics. The sense of relief when Mahathir stepped down from office in 2003 was palpable. While corruption levels were not as high as Najib’s tenure, Mahathir did similarly undermine the democratic fabric of Malaysia.

His return at 92, evoking a sense of statesmanship for the country, appears less about personal interest than that of Najib. It is deeply ironic that one of the leaders who did the most damage to political institutions is now the defender of democracy in Malaysia. 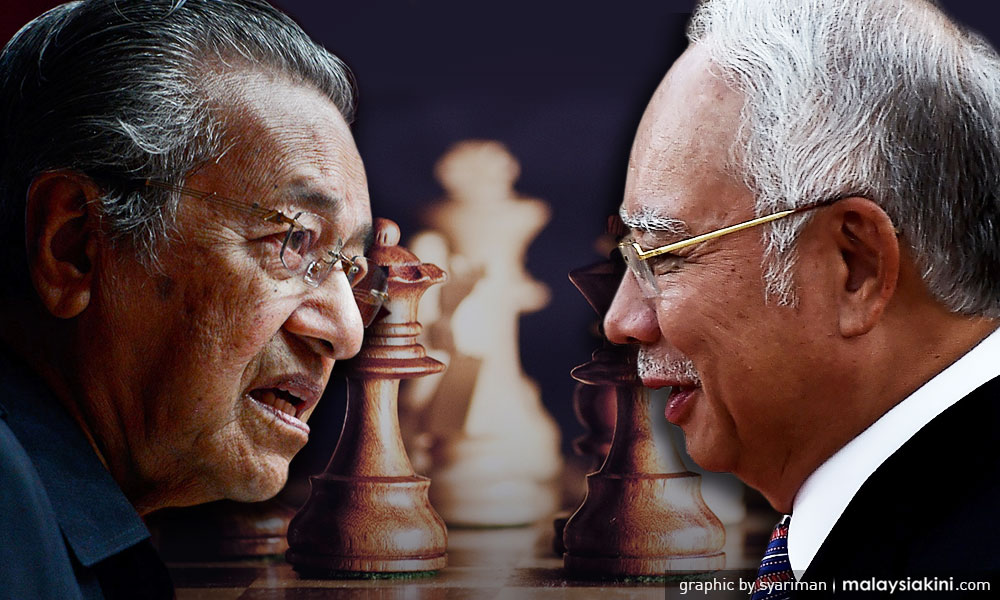 The stark Najib-Mahathir face-off focuses heavily on different perceptions of the legacies of their past tenures, forcing voters to opt for the least-opposed candidate. This inevitably has led to resistance among some voters to either choice. The challenge for both leaders is to convince voters that they offer something meaningful for the country’s future. This is playing out in the campaign.

Less than one month away from GE14, credible polls suggest that over a third of registered voters are estimated to be still undecided. In 2013, only 15% went into the election campaign without a clear choice. The 2018 campaign will matter, as it will determine which party will tip the balance in voting.

A crucial part of the decision will be whether to vote at all. Voter turnout reached a record high of 85% in 2013. All indications are that turnout will drop this time around, as shown in the Sarawak 2016 polls which saw a turnout of 66%. The decision to put the election on a Wednesday aims to reduce turnout further, and this is enhanced by indecision among the electorate itself.

Whichever party brings voters to the polls will have the advantage. The BN’s machinery is stronger, fuelled by its resource advantage. It traditionally has the stronger record on bringing its base out to vote. Given the antipathy towards Najib among many in the BN base itself, the higher turnout for the BN is not guaranteed. 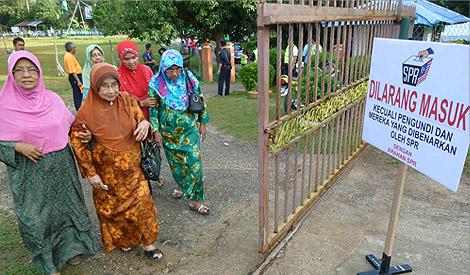 The sensitive issues of race and religion lurk closely below the surface in this campaign. In the past five years, the Najib government has pitted Chinese against Malays openly with its zero-sum characterisation of the 2013 vote as a “Chinese tsunami”.

The labelling of the opposition of 2018 as a “Malay tsunami” follows the same ethnic framing, putting the question of Malay unity and the role of non-Malays centre stage in the current political contest. While interpersonal race relations remain largely cordial, the politicisation of race and power creates undercurrents that cannot be fully controlled or predicted. 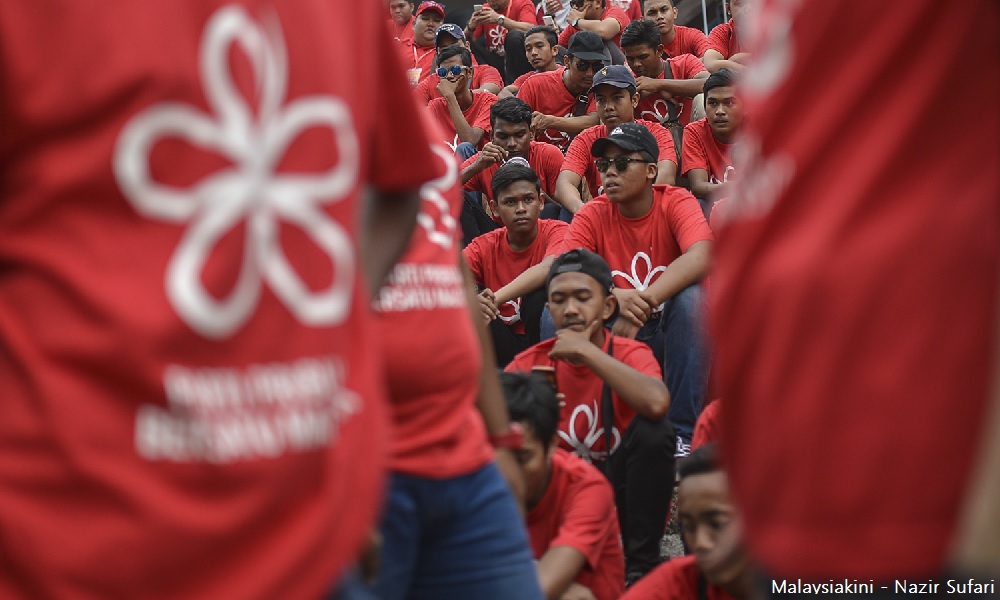 To further complicate this dynamic, PAS is articulating its own “pure” Islamic agenda, having nothing meaningful to offer in other areas of governance. While Umno tacitly supports this agenda –  contributing to the narrative of ratcheting up religious differences as a reason to vote in GE14 – religion has moved from a question of religious freedoms to religious dominance and displacement.

Rather than building bridges across the faiths, the campaigns by PAS and to some extent Umno, are more about exclusion and the primacy of one community’s rights over others. This also taps into highly emotive and unpredictable dimensions.

Najib is also no Abdullah Ahmad Badawi, whose gentlemanly sense of fairness accepted the results of the 2008 campaign.

With charges of kleptocracy shadowing Najib, legitimate questions are being asked whether he would accept the results. The same can be said for the opposition as well, which has witnessed the Najib government introduce even more structural unfairness in the electoral process in areas such as the delineation. This excessive unfairness has sadly delegitimised the elections among many and fuelled anger, creating greater risks for acceptance of electoral outcomes.

Nevertheless, both BN and the opposition are living in their own political echo chambers, both sides are confident of winning. They have drunk their own rose syrup, not fully appreciating that many Malaysians stand on the sidelines, watching and deciding which electoral party to attend. The mood is not yet one dominated by celebration and hope, rather one permeating with uncertainty and indecision.

The campaign will matter more than is realised, and as such, every vote will matter.

BRIDGET WELSH is an Associate Professor of Political Science at John Cabot University in Rome. She also continues to be a Senior Associate Research Fellow at National Taiwan University's Center for East Asia Democratic Studies and The Habibie Center, as well as a University Fellow of Charles Darwin University. Her latest book (with Greg Lopez) is entitled ‘Regime Resilience in Malaysia and Singapore’. She is following the 2018 campaign on the ground and providing her analyses exclusively to Malaysiakini readers. She can be reached at [email protected].