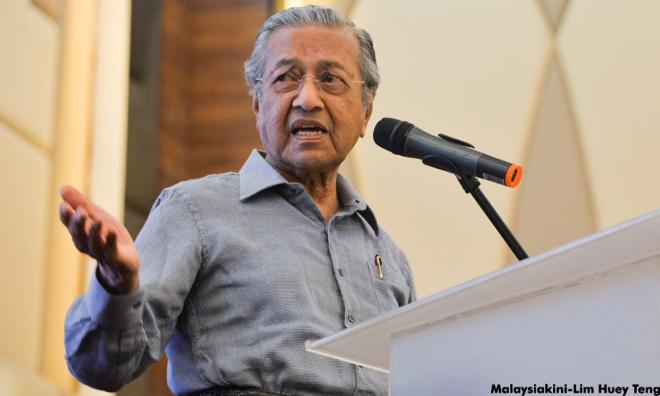 PM: 1MDB probe needs to be based on evidence, not sentiment

The government’s investigation into 1MDB must be based on indisputable evidence and not popular sentiment, Prime Minister Dr Mahathir Mohamad said.

This, he told the South China Morning Post, was why prosecutors were taking “a bit more time than expected” to build a case against the strategic state investment fund and the ex-chairperson of its board - former prime minister Najib Abdul Razak.

“So that is why we are taking a little bit more time than we expected,” Mahathir told the Hong Kong daily in an interview.

However, he refused to offer a timeframe for the next stage of the investigation.

Yesterday, sources told Malaysiakini that the investigation had hit a snag as two key witnesses - businessperson Low Taek Jho and former SRC International director Nik Faisal Ariff Kamil - have yet to present themselves.

On June 7, the MACC issued arrest warrants against the duo to come forward and assist with investigations.

Najib, meanwhile, is a key suspect in the probe into the misappropriation of funds by 1MDB.

Thus far, several of his residential units have been raided and both he and his wife Rosmah Mansor have been barred from leaving the country.

Najib and Rosmah have also been questioned by the MACC.

Reuters previously reported that authorities were considering charging Najib with both money laundering and the misappropriation of property.