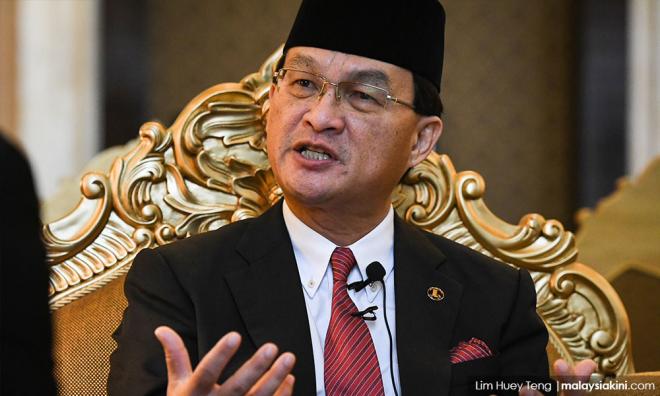 Sarawak PKR chairperson Baru Bian is one of the lawyers who has contributed much to causes that are close to the hearts of the people, especially cases relating to native customary rights (NCR) land in Sarawak.

He received his primary education in the interior areas of Sarawak at Long Tellang, Long Semadoh, and Long Napir until the early 1970s before continuing his secondary education in Limbang, in the state’s northern region.

After becoming a temporary teacher in Sekolah Menengah Kerajaan Medamit, Limbang, the Lun Bawang youth pursued his tertiary education at UiTM, Shah Alam, Selangor in Diploma in Law and subsequently obtained a Bachelor of Law in Melbourne University, Australia in 1986.

Baru, 59, later became a trainee at Messrs Rashid & Lee, Kuala Lumpur and was admitted to the Malaysian Bar as an advocate and solicitor, and it was during that time that he began to venture into the political arena in the initial stage as an ordinary member of the Parti Bansa Dayak Sarawak (PBDS).

His involvement on the polling ground started in the state election in 1991 which saw him being defeated in the Lawas parliamentary seat and the following year he set up his law firm Messrs Baru Bian in Kuching.

In 2004, he resigned his post as PBDS supreme council member after deciding to contest as an independent candidate in the Ba’Kelalan state by-election held following the death of its incumbent Dr Judson Sakai in a helicopter crash. But he was defeated at the hands of the BN candidate.

In facing various political challenges, in 2006 he contested on the Sarawak National Party (SNAP) ticket for the Ba’Kelalan state seat and was once again beaten.

Two years later Baru joined PKR as an ordinary member and in November 2009, he was appointed as Sarawak PKR chairperson.

His success in the electoral area began to manifest in the 10th state election in 2011 and 11th state election (2016) when in both state polls, he defeated BN candidate from Sarawak Progressive Democratic Party (SPDP) Willie Liau.

In the last general election, he contested in the Selangau parliamentary constituency and managed to wrest the seat in a straight fight against the BN candidate from Parti Rakyat Sarawak (PRS), to become an MP for the first time.

For the record, prior to the 14th general election, Henry Sum Agong created history when he became the first leader from the Lun Bawang community to be appointed as deputy minister of domestic trade, cooperatives and consumerism in the federal cabinet and now Baru has been appointed as the works minister to erase the record.

In the courtroom, Baru’s name grabbed attention last February, after his legal firm represented four individuals who sought a decision from the Federal Court on whether their application to convert out of Islam should be heard in the High Court or Syariah Court.