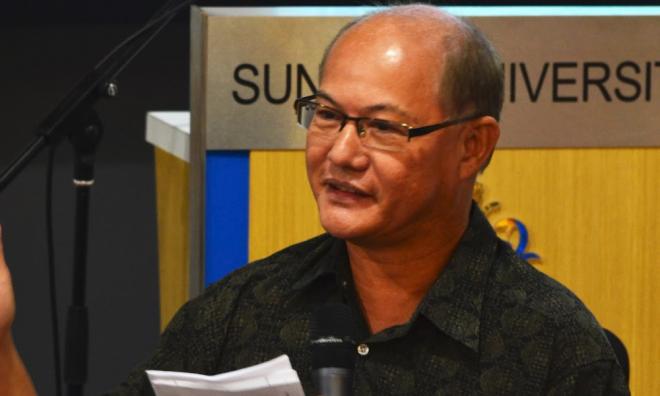 News of the tragic deaths of 14 Bateq villagers since early May in Kampung Kuala Koh, Gua Musang comes as no surprise to longtime activist Colin Nicholas.

"The problem here is not medical, but a direct result of what happens when people’s rights to their customary lands are not recognised and that land is destroyed," he told Malaysiakini.

"Just seven to 10 years ago, if you visited them they were perfectly healthy and psychologically happy.

"But their land has been taken away, in this case by the Kelantan state government. And their resource base has been destroyed."

Nicholas, the executive director of the Centre for Orang Asli Concerns (COAC), said that the villagers used to have a system that enabled them to live off the land.

"At any one time, half the villagers would be hunting in the forest, and they would take turns.

"What has happened now is that without access to their traditional way of life, they become malnourished and underweight," he said.

"With their resistance being low, many diseases – whether it's pneumonia or tuberculosis, or even diarrhoea – can be fatal."

"The root cause is that their environment has been taken away,' said Nicholas, who last visited the village about a year ago.

Earlier today, the Kelantan Health Department announced that the Kuala Koh Orang Asli village would be cordoned off to prevent the spread of the as yet unidentified disease.

"From the pattern (of the outbreak), we look at it as a respiratory infection and that it would spread fast.

"As such, we don't want the disease to spread widely, so we have to restrict the movement (of people) in the area so they are not exposed to the contagious disease," said Kelantan Health Department director Dr Zaini Hussin.

As Nicholas told Malaysiakini, the village in question was once part of 10 case studies in a Suhakam national inquiry, and was even the subject of a book published by COAC in 2012.

Kirk and Karen Lampell Endicott's The Headman Was a Woman: The Gender Egalitarian Batek of Malaysia detailed the gender roles of a highly egalitarian society of hunter-gatherers.

"It would be nice for the government and the Orang Asli Department (Jakoa) to recognise that this is nothing new.

"Don't push the buck here and there," he said.

Nicholas added that the Kuala Koh Orang Asli village had been facing water contamination issues dating back to the massive 2014 floods in Kelantan.

"One of the most depressing parts is also a lack of understanding from the public.

"Prejudice still exists at the lowest level," he said, citing a case of an Orang Asli friend from a completely different location who was asked not to come to work for fear she might spread the disease.

Gov't to cordon off Orang Asli village where 14 deaths occurred