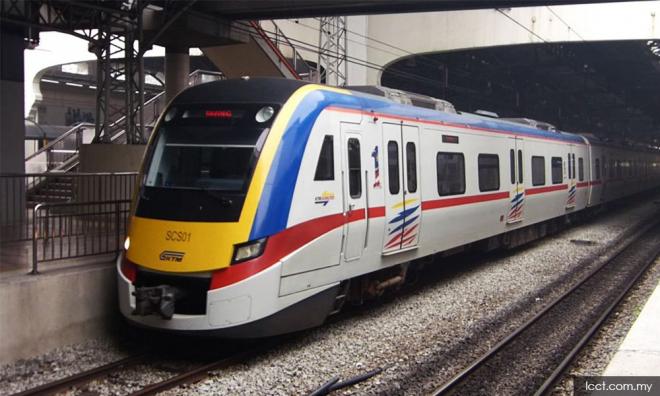 Although more than a year has passed since the service opened its doors to the public, the RM521 million project seems to have failed to live up to its intended promise as passenger numbers on Skypark Link seemed to be discouragingly low. According to a statement by Transport Minister Anthony Loke last November, ridership on Skypark Link only reached 150 passengers a day - that’s barely half the passenger capacity of a Skypark Link train.

With a daily ridership at only 1.9 percent of the system’s capacity, it is no surprise that many will start to see Skypark Link as a white elephant project - hundreds of millions have been spent on building the line and refurbishing the trains, yet the line is only earning less than RM1,500 per day.

In my opinion, the low ridership of Skypark Link can be improved by shifting the service’s focus from being an airport rail link to being a “Komuter Express” that allows shorter journey times between KL Sentral and Subang Jaya.

For an instantaneous effect, KTM Berhad could promote the service by placing large numbers of banners, posters, etc. at strategic locations within both the KL Sentral and Subang Jaya stations. The banners, posters, etc. should emphasise on the 17-minute travelling time between KL Sentral and Subang Jaya and compare it against the 33-34 minutes’ journey time on a Komuter or LRT train.

To improve the ridership in the long run, the stakeholders (Ministry of Transport, Apad, KTM) could also consider several changes such as an integrated fare structure, better timetabling and increased service frequency.

If you want to, say, take a Skypark Link train from KL Sentral to Subang Jaya and then change to a Komuter train to continue your journey to another station (bear in mind that it takes you only 17 minutes to travel to Subang Jaya instead of 33-34 minutes on the Komuter and LRT), you need to exit the Subang Jaya station and re-enter the station again as the fare structure is not integrated.

Such timetable tweaks are actually possible as some of the stations between KL Sentral and Subang Jaya have additional tracks that allow a non-stopping Skypark Link train to overtake a stopping Komuter train.

Thirdly, the service frequency of Skypark Link trains can be increased to benefit more commuters. It was understood that four ex-Komuter train sets have been refurbished for use for the Skypark Link although only two sets are needed under the current timetable - in fact, 30 out of the 32 daily trips can be operated using just a single set. Barring any rolling stock shortages or timetabling difficulties, the service frequency can be improved such that at least three sets are used to run the service with one set being kept as a reserve.

Lastly, in addition to improving Skypark Link’s integration with Komuter services, the stakeholders can also consider long-term solutions such as the construction of a link bridge between the Terminal Skypark station and Subang Airport as well as collaborations or partnerships with airlines to encourage passengers flying to/from Subang Airport to use the Skypark Link train instead of other modes of transport. Such collaborations may include complimentary tickets for airline passengers, discounted fares or bundles with air tickets.

The current ridership on Skypark Link is pathetically low but the Ministry of Transport, Apad and KTM Berhad have already done the right thing by introducing a reasonably low fare and allowing non-stop travel between KL Sentral and Subang Jaya.

What Skypark Link needs now is higher visibility, higher commuter awareness, and better integration with the existing Komuter services. If Skypark Link is allowed to continue to operate as it is now, it is and will remain a white elephant project with millions of ringgit spent on a train service that carries only 1.9 percent of its design capacity.