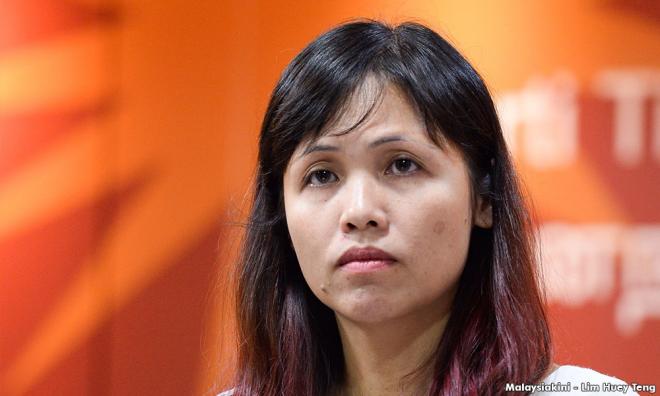 According to an interview with Oriental Daily published today, deputy education minister did not deny that DAP was suffering a crisis of confidence as a result of the khat debate.

In the interview entitled "Teo Nie Ching: DAP faces confidence crisis", she underlined the importance of holding more dialogues with stakeholders, adding that she was prepared to personally explain her ministry’s khat initiative to the public.

“The dialogues that I have held in the past few weeks have been very intense.

“But I believe that it is through these dialogues that we understand what our bottom line is, and what we can do to deal with these issues,” she was quoted as saying.

Even if she is unable to achieve “100 percent consensus” with everyone, Teo believes that Putrajaya can at least try and resolve differences among stakeholders and find common ground.

Earlier this month, the ministry announced that six pages of khat lessons would be included in next year’s Standard Four Bahasa Malaysia textbook, and stressed that students would not be evaluated on the topic.

This was met with intense opposition from Chinese and Tamil educationist groups as well as DAP grassroots leaders.

The ministry then cut khat lessons to three pages, and made its teaching optional.

Teo has personally come under fire, both online and offline, for defending her ministry’s move to introduce khat.

As she told Oriental Daily, however, she remains unfazed by the criticism, as it is part and parcel of being in politics.

She also thanked social media users for “reminding” her of education-related promises that she made to the Chinese community when she was still in the opposition.

“Everyone has been bringing up what I once said. As long they are really things that I once said, this is fine. It is a good thing that people are reminding me about them.

“But I do not care much about the trolls and nasty comments, as they are part of being in politics,” she said.