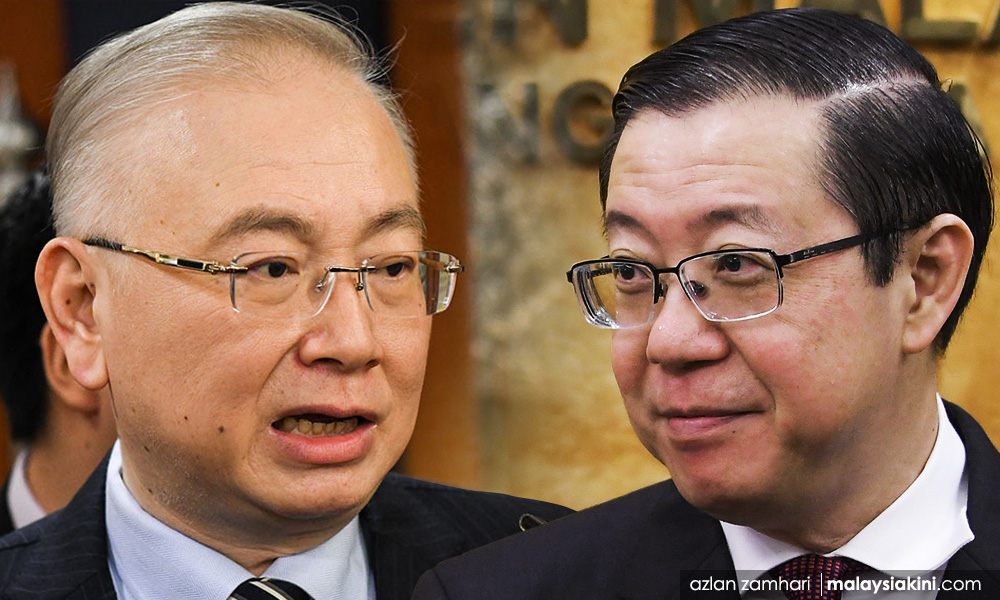 MCA president Wee Ka Siong today hit back at DAP secretary-general Lim Guan Eng for suggesting that MCA has failed to speak up against an alleged boycott of non-Muslim made products.

Wee said Muslims had a right to choose halal products and questioned Lim's command of Bahasa Malaysia if he interpreted this as a boycott of non-Muslim made products.

"If Muslims are concerned and want to buy halal products, that is their choice.

"If you assume this is a boycott, then I feel sad. I think you need to go back to school and take the SPM again so that you can pass with at least a credit in Bahasa Malaysia, okay? Understand?" Wee said in a video posted on Facebook tonight.

Earlier today, Lim said that while Umno and PAS have denied organising the alleged boycott, they had supported such a campaign.

"Despite such a boycott campaign, it is regrettable is that there are non-Muslim or non-bumiputera political parties like MCA or MIC who shamelessly debase themselves by continuing their political cooperation with PAS and Umno," he had said.

In his Facebook video, Wee said he had on Sept 2 already issued a statement speaking out against any such boycott.

"I have personally asked (Umno president) Ahmad Zahid Hamidi and he denied (organising the boycott). If he has denied that his own party is organising it, what more is there to say?" he said.

Wee said that if the campaign was deemed against the law, the Pakatan Harapan government had the power to take action.

He said Lim should not "create stories" and inflame the situation.

Wee also swiped Lim with his past allegations, questioning why he had not produced documentation to show he (Lim) was a certified accountant.

"It's been seven months and you've not shown anything. Why are you afraid? Coward," he said.