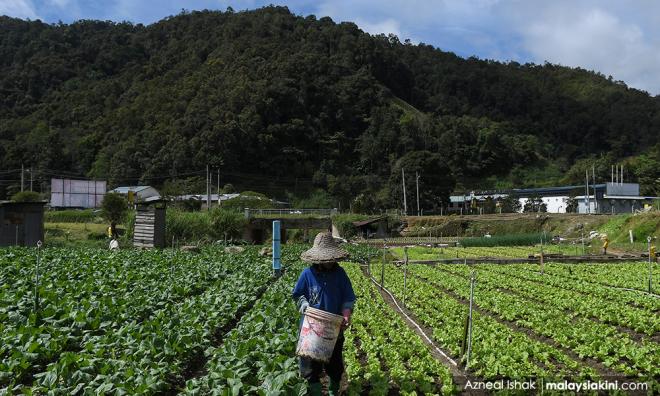 The government will introduce efficient farm management through the implementation of the “farm managers” system to boost the income of farmers, said Prime Minister Dr Mahathir Mohamad.

He said this system would enable farmers to generate good income even if their farms are small, and they need not depend solely on rubber and oil palm cultivation.

Mahathir said this system is similar to that adopted by plantations which is called “estate managers”.

"We will introduce an agriculture management method like in the estates but it is called 'farm managers',” he said at a “Leaders with the Rakyat session” in Pontian today.

He said this way, smallholdings could be worked as a plantation to give better returns, unlike rubber and oil palm cultivation.

"If we depend on only rubber and oil palm, we will be affected when their prices drop,” he said.

"Nowadays farming is done not only on vast land but also in small containers, using small amounts of soil with multi-level cultivation for all sorts of crops [...] can generate better returns.

"With modern technology, small pieces of land or lands that are not so fertile [...] We can generate better income,” he said.

Mahathir said various modern agriculture initiatives would be developed by the Agriculture and Agro-based Industry Ministry but it needed the people’s cooperation to make a success of its efforts.