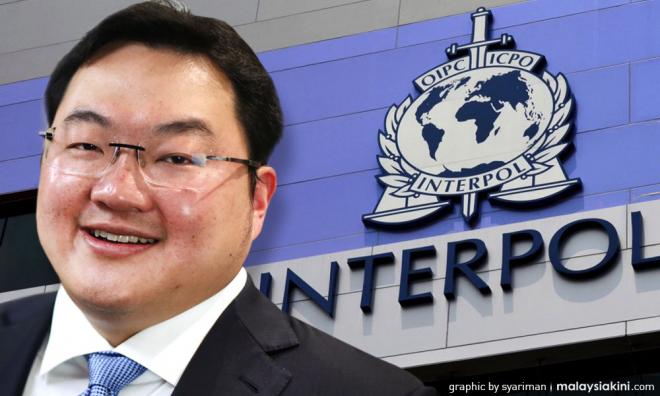 Fugitive Low Taek Jho, also known as Jho Low, who is wanted in relation to the 1MDB scandal had been sighted Ahmedabad, India, according to a report.

However, Inspector-General of Police Abdul Hamid Bador had reportedly dismissed the claim.

Low’s movements were monitored by local police, who did not arrest him despite an outstanding Interpol red notice against him, said the report that quoted unnamed law enforcement officials.

The report added that the Gulfstream G200 private jet used by Low had the tail number HS-VNT, which is operated by the Thailand-based charter airline MJets.

However, MJets reportedly told Asia Times that Low was not a passenger on that flight, and any suggestions on the contrary are “untrue, unfounded and unsubstantiated”.

Malaysiakini has contacted the Ahmedabad City Police for comment and is awaiting a response.

Low has outstanding arrest warrants from Malaysia, Singapore and the US for his alleged role in the 1MDB scandal. Interpol issued a red notice against him in June last year.

A red notice is an alert to police forces worldwide about wanted fugitives.

Despite this, and a deal to forfeit up to US$1 billion to the US Department of Justice, Low maintained that he is innocent.

Abdul Hamid had repeatedly said police are aware of Low’s whereabouts but stopped short of naming the place.

He claimed that Low is hiding “like a chicken” in a certain country where he is protected by powerful people, and foreign authorities were uncooperative in Malaysia’s bid for Low’s repatriation.

crime
jho low
low taek jho
interpol
abdul hamid bador
india
Related Reports
M’sia could go to war over Jho Low, but we will lose - Dr M
7 Nov 2019
Where is Jho Low? PM in the dark, but IGP sheds light
6 Nov 2019
Citizenship broker: We turned Jho Low down
5 Nov 2019
Muhyiddin: We cannot give up on hunt for Jho Low
4 Nov 2019