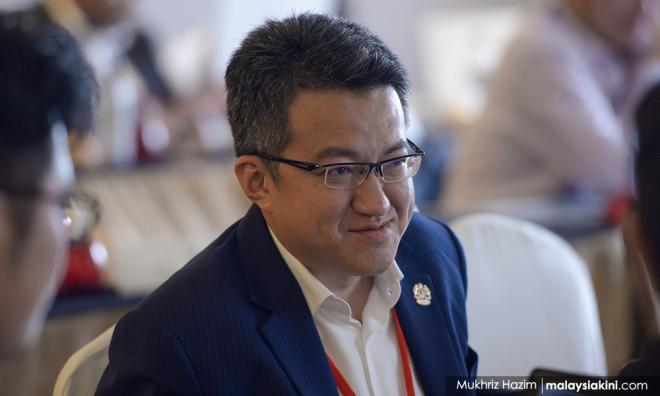 New Malaysia: If you build it, people will come

“We need an assembly, not for cleverness, but for setting things straight.”

- William Golding, 'Lord of the Flies'

COMMENT | Liew Chin Tong’s article about the long road to coalition building, while well-intentioned, distracts from the problems facing Pakatan Harapan today. Liew (above), as a young Malaysian leader, should instead focus on the main issue facing Harapan, which is a trust deficit.

For instance, Liew says this: "Despite such a reality, many of us are still susceptible to ethnic firestorms manufactured by racial champions of the social media, as well as some media that are still friendly to the previous regime."

Look, Harapan partisans are not pissed off by the manufactured outrages of fascist political operatives, but rather by the backtracking and supine nature of the DAP, specifically, and PKR. Can Chin Tong really defend anything the prime minister has said or done when it comes to consensus building in Harapan?

That’s the problem right there. Coalition building is one thing. Political parties always make deals with one another, and ideology be damned. Consensus building is the more important facet of any diverse coalition. Without consensus – and I do not mean the mutual desire of holding on to power – there is nothing which sustains the coalition or its diverse base...

politics
dap
liew chin tong
harapan
mahathir mohamad
Related Reports
BN Youth to start 'Harmony Dialogue' on sensitive issues
a year ago
The long road of coalition building
a year ago
Khaled Nordin: MCA tried to be more DAP than DAP itself in GE14
a year ago
Kit Siang: If Harapan fails, the Malaysian dream dies
a year ago