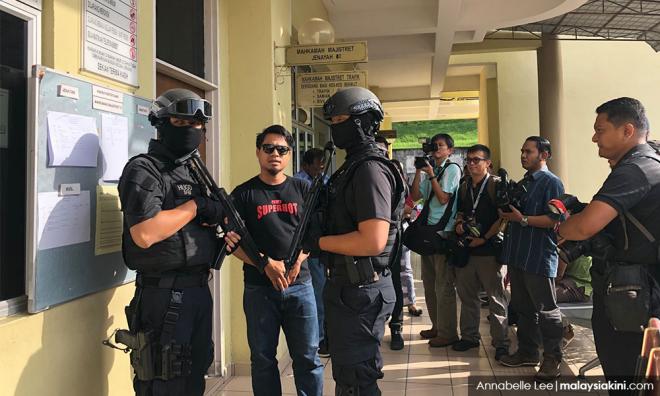 Sosma trio should have been granted their freedom

LETTER | The decision by the Sessions Court to disallow the bail applications of G Saminathan, P Gunasekaran, and S Chandru yesterday was extremely disappointing. The judge ruled that the applications were disallowed because the cases involved national security.

With due respect, I disagree with the decision because Saminathan, Gunasekaran, and Chandru are not terrorists who are a threat to national security.

They pose no threat to anyone and would continue to provide the fullest cooperation to the police and the court on their cases.

Saminathan and Gunasekaran are elected representatives while Chandru is a CEO of a state corporation. They have families to go home to and there is no reason whatsoever to put their wives and children at risk.

On the other hand, the police have not, until today, disclosed how or what exactly is the “security threat” that resulted in such repressive detention against the victims.

The three of them have been detained for over two months now. They were charged under Sosma last November with purportedly supporting the Liberation Tigers of Tamil Eelam (LTTE) terrorist group in November.

The decision by the Sessions Court yesterday means that Saminathan, Gunasekaran, and Chandru will continue to have their freedom deprived for even longer, as they remain in detention while awaiting their trial.

This decision is a step backwards from the High Court ruling which declared the no-bail provision of Sosma as unconstitutional.

Nevertheless, the DAP legal team, led by Ramkarpal Singh, will definitely appeal the decision. We remain confident and hopeful that the charges against them will be dismissed and that they will be free again soon.

At the same time, I call upon the government to ensure that the bill to amend Sosma will be tabled at the next parliamentary sitting in March 2020 to avoid the law from being further misused.

The writer is MP for Kota Melaka.