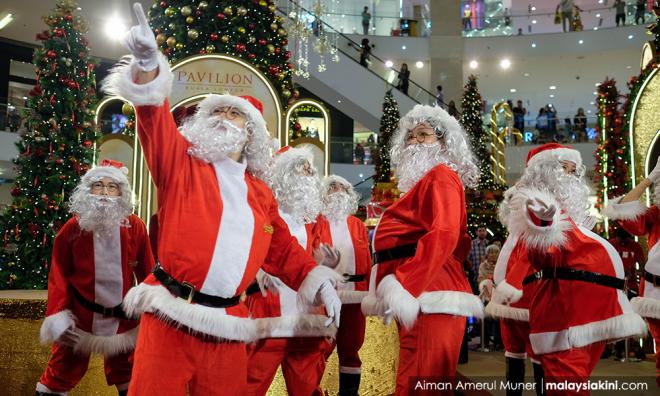 COMMENT | A friend living with episodes of mental illness emailed me that “Christmas is actually a very difficult time of year for many people”. In an extended blog she wrote that she “rejects the commercialism, the hype, the pressure on us all to gather on one day of the year and tell each other how we care about each other”.

Indeed, Dec 25 carries different meanings depending on our circumstance. From the time-saving economics of Secret Santas and Kris Kringles to the stress of last-minute gift shopping and relatively tensed reunions with extended families, Christmas, nonetheless, releases a certain charitable spirit that lies dormant in many of us.

The commercialised celebration, however, can distract us from the spiritual meaning and, to an extent, the political gravitas of Christmas – the birth of Jesus Christ to Mary and Joseph in Bethlehem, who subsequently fled with their first born to Egypt from the persecution of the Roman Empire under King Herod (Matthew 2:1-23).

Christ was born during a time of political unrest and persecution of the monotheistic Jewish people who refused to worship the many gods embodied in the Roman Empire. The biblical stories recorded in the Gospels point to a divine intervention in the political order that led to the transformation of Roman rule...