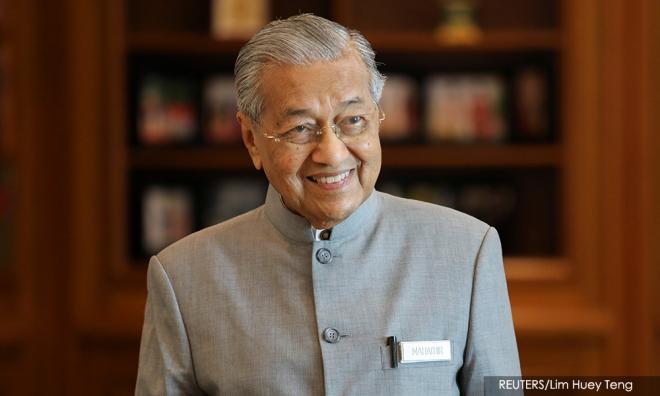 The cabinet, during its weekly meeting on Wednesday, agreed that Prime Minister Dr Mahathir Mohamad will serve as the acting education minister.

In a statement this afternoon, the Prime Minister's Department said the cabinet decided that Mahathir would helm the portfolio "temporarily."

"The decision would take effect on Jan 3, 2020 and Mahathir will assume the position until a new education minister is appointed," it said.

Previously, Mahathir was education minister from 1974 to 1977.

Several days earlier, Mahathir had penned a letter to Maszlee, advising him to relinquish the post. The reasons for this is the subject of much speculation.

In his speech to announce his resignation, Maszlee said: "In the end, I as the education minister was seen to have created many crises for the leadership, such as on Jawi, internet in schools and the free breakfast, among other issues."

Mahathir has refused to explain the reasons for seeking Maszlee's removal but stressed that not everything the latter did was wrong.

When Pakatan Harapan took over Putrajaya in May 2018, Mahathir announced that he would also serve as education minister.

However, he was forced to abort the plan after being reminded that the Harapan manifesto barred the prime minister from holding other portfolios.

After Maszlee stepped down, there was widespread speculation that former Umno minister Mustapha Mohamed would be appointed to replace him.

The Jeli MP had joined Bersatu last year. He had served as higher education minister during the tenure of former premier Abdullah Ahmad Badawi.