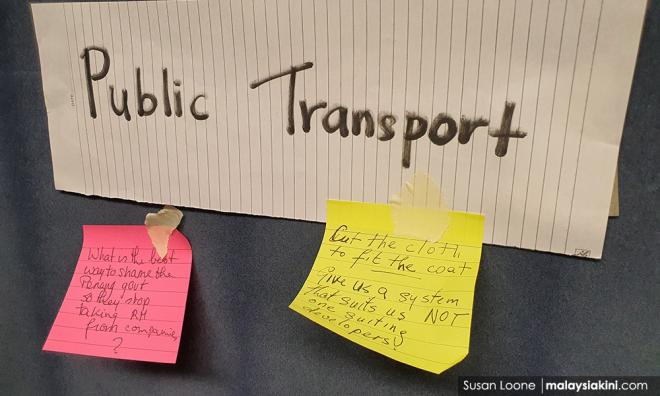 COMMENT | DAP backbenchers in Penang have responded to the critique of its so-called “development” policies by Penang Forum by echoing what BN politicians used to say to civil society critics, namely “join political parties or form a new one”. They go on to say that Penang Forum is an unelected and undemocratic entity.

Didn’t Najib use to say that he was the elected prime minister and his economic policies had the people’s mandate? He squandered the nation’s monies on the 1MDB scandal, the ECRL and other unaccountable projects. And what did DAP do during all those years of Mahathir rule?

Did their leaders say that they had no right to criticise Mahathir because they had the people’s mandate? So, what’s the difference between an opposition politician and civil society members who criticised BN projects such as the Bakun dam, the North-South Highway, the forex losses, ad nauseum?

In the past, I have spoken at forums where DAP leaders shared the same panel. Was it alright then? So, what’s the difference if any Penang Forum speaker shares a panel with Gerakan or any other opposition leader today to critique any government project? The number of Pakatan Harapan government projects in the rest of the country that are being opposed by affected communities continue to mount.

Malaysia is blessed to have NGOs such as Penang Forum

Some observers have commented on the fact that ever since the 2008 general election, NGO activists have either been co-opted by the alternative coalition into their parties, their think tanks or were actively working in tandem with these political parties by being selective in their criticisms of the governing political parties.

Penang Forum is proving to be the exception. They have risen to the occasion not only to thoroughly and professionally critique the Penang state government’s Transport Master Plan (TMP) but to present a cheaper and environmentally preferable alternative for the people of Penang.

Their concern for the negative impact on George Town’s world heritage site caused by the TMP involved their proactive action to write to Unesco requesting for an advisory mission and impact assessment on the proposed TMP. Penangites are fortunate to have World bank experts and transport specialists such as Lim Mah Hui and others studying the projects without payment.

How many of these DAP assemblypersons have the same professional credentials as those volunteers in Penang Forum whose desire is simply to ensure Penang retains the thriving liveable environment Penangites love and deserve? Thus, they, the volunteers in the forum, rightly challenge plans for destructive, questionable projects funded by taxpayers and want to ensure public commons are not mortgaged to developers and the super-rich.

We have already seen that the developers have ways and means to offer inducements to politicians, including the chief minister to get their way.

NGOs are watchdogs, not lapdogs

For their efforts, Penang Forum has been under vitriolic attack by Penang state DAP leaders who now challenge them to join political parties. Judging by the recent caution by the chief minister to Penang NGOs “not to bite the hand that feeds them”, it seems that the Penang state leaders are not aware of the role of civil society.

Civil society organisations exist to promote and protect democracy. Their contribution to economic development, political awareness and societal advancement has been acknowledged and supported in the international arena. Don’t the DAP assemblypersons know this?

NGOs play the mediating role between the individual and the state by articulating citizens' interests and demands. They owe allegiance only to truth, social justice, democracy and the human rights of the people.

The challenges of good governance are the concerns of a vibrant Malaysian civil society. Throughout history and in different parts of the world, the actions by civil society have produced dramatic results to change the course of history.

In Malaysia, the Civil Rights movement, Hindraf and Bersih demonstrations all contributed to the regime change in GE14. Didn’t the Harapan government invite NGOs to contribute to institutional reform of the country? So, what’s the difference when Penang Forum contributes their views voluntarily to the well-being of Penang?

Through the years, Malaysian NGOs have been playing the important role of watchdogs to ensure the rule of law and human rights are safeguarded. With the failures of both BN and Harapan regimes in providing good governance and the similarity of their race-based, profits before people policies, the challenge for Malaysian civil society is clear - be the change we want to see by providing the progressive vision of a Malaysia we want. Let the people do the rest.

Civil society has been ahead of governments on many of the key issues of our times, whether we take the environment, HIV/AIDS, the poverty agenda, or gender equality, civil society's impact is quite significant and putting forth solutions that are bolder, more courageous and more innovative than politicians in office. Civil society has done this without holding formal political power. From the BN, and now Harapan rule, the political establishment has failed to deliver what a growing number of people need and expect.

At the heart of how civil society works is the belief that democracy must express itself in between general elections. This is something DAP assemblypersons fail to understand about genuine democracy.

Yes, when civil society organisations campaign to preserve forests and rivers and green commons and an alternative transport system for Penang by obtaining the support of whole communities in the affected areas, they are actually promoting another form of democracy or politics. It is called participatory democracy. Simply voting every few years and leaving the rest to politicians as suggested by these DAP assemblypersons will bring democracy into disrepute.

Thus, instead of mouthing the old BN script about challenging NGOs to form political parties, DAP assemblypersons should thank the watchdog consultancy of Penang Forum as a free service to the aspirations of Penangites. They have performed this role creditably at no charge.

Isn’t this the competence, accountability and transparency that the Penang government used to boast about? DAP has no doubt talked about the need for disruptive innovative thinking in technological change – it is time that our politicians welcomed such contribution by Penang Forum.