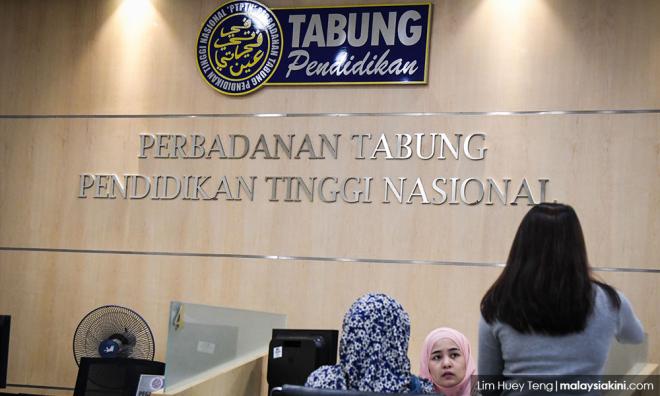 COMMENT | The outlook on student loan repayment is likely to get bleaker in times ahead given what has happened after the rise of Covid-19, followed by the movement control order.

The uncertainty in the economic environment has caused unemployment and reduced job opportunities for youngsters especially those in the lower-income category (B40) who represent a share of the borrowers from the federal loan institution National Higher Education Fund Corporation (PTPTN).

Of the total, on average, borrowers from the B40 group account for 55 percent, the middle-income group M40 makes up 38 percent, while the Top 20 category (T20) makes up only about 7 percent.

Since its establishment, more than 3 million students have benefited from PTPTN loans with total loan disbursement worth RM56 billion.

Nevertheless, despite the increasing loan disbursement that has helped borrowers access higher education, rising costs have resulted in students not repaying their loans.

Based on a study done by PTPTN in 2019, it was found that nearly all borrowers in the B40 category have not been making repayments. Of the total respondents, 87.7 percent earn RM4,000 and below per month after graduation. Furthermore, 97 percent of loan defaulters come from this group.

Many have wondered why borrowers have defaulted on their loan repayments. According to the same study, the reasons are as follows:

Several similarities were found in PTPTN’s 2015 study in which five key factors that led to borrowers not repaying their loans were discovered, including inadequate income, uncertain unemployment status, high living costs, high administrative costs as well as a mismatch between employment and qualifications.

According to a PTPTN public consultation paper last year, 51 percent are loan defaulters – 32 percent have been paying inconsistently (616,000 borrowers) while 19 percent (356,000) have never paid even once.

In addition to the current figures for loan repayments, the statistics of unemployment among the graduates appear not very helpful.

Anecdotally, given that the degree-level students generally would graduate at the age of between 22 and 24, the unemployment rate data raises a big question to the well-being of future student loan repayments.

Based on the Employment Insurance System (EIS) unemployment benefit claims, there was a total of 62,247 employment losses as of the third week of July. Of that, those aged 25-29 were likely to be laid off, accounting for 20 percent of the loss in employment (12,464 persons).

Although the deferment of PTPTN loan repayment for a total of six months until end-September provides short-term relief to borrowers, the clock is ticking by the day and we are already approaching August.

What’s left after September to help borrowers with their loan repayments?

At the same time, borrowers might have other commitments considering that the bank loan moratorium will also end in September.

Indeed, these financial burdens have been causing anxiety amongst the rakyat, and it’s one of the recurring themes raised by participants in the focus group discussion of EMIR Research for its next quarterly poll.

This will also likely contribute negatively to our National Worry Index which is already in the maximum worry level at 0.78 based on EMIR Research’s previous quarterly poll.

Therefore, the only way to help borrowers fulfil their study loan obligations is by addressing the factors which have hindered them from repaying, particularly with regard to income.

Firstly, the stimulus measures announced by the government in the short-term recovery plan (Penjana) such as hiring incentives for the unemployed and the extension of the Wage Subsidy Programme (WSP) should be considered as some of the positive moves to support the rakyat in terms of income.

Secondly, an employment-search initiative by PTPTN and Social Security Organisation (Socso) known as Virtual Mini Job Hunt which took place from June 30 until July 3 was also a good move to provide a platform for over 4,000 PTPTN borrowers who have graduated to search for jobs.

This initiative should be continued and constant monitoring on the effectiveness should be done.

Since the gloomy economic environment has taken a toll on employment opportunities, perhaps another round of deferment would provide a huge relief for borrowers while searching for jobs.

However, the extension should be targeted only towards those who face severe loss in income or specifically those in the B40 category (≤ RM4,849), while those who are above the income threshold should be reminded to continue or start repaying.

This is to ensure the sustainability of PTPTN funds for the benefit of future generations. As of the current stated figure, the institution is in debt of RM40 billion in principal with an additional RM13 billion in interest, according to its chairperson Wan Saiful Wan Jan.

Although not hotly debated for now, the issue needs to be urgently addressed as crucial times are ahead. Prolonging the deferment should not be a sustainable solution with the absence of job creation as it will worsen PTPTN’s financial condition thus affecting access to higher education for future generations.