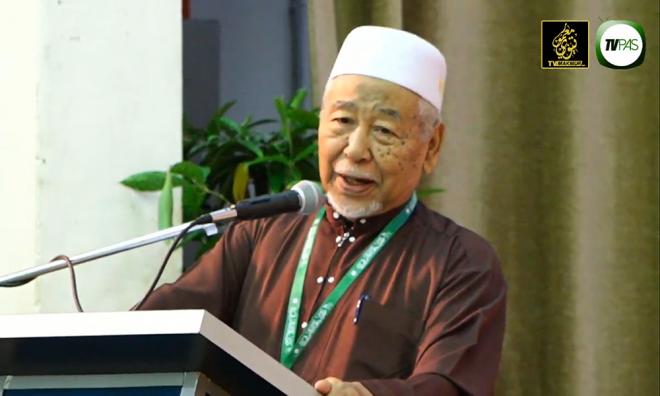 It is indeed outrageous that PAS spiritual leader Hashim Jasin (above) should say that Plantation Industries and Commodities Minister Mohd Khairuddin Aman, who broke the 14-day mandatory quarantine order for all returnees, was not at fault the fault should lie with the Health Ministry and the Foreign Ministry for failing to ensure that the minister complied with the order after returning from Turkey on July 7.

Even Islamic criminal law is based on the principle of individual responsibility. A person is punished for his or her own actions. But there are circumstances where a person who has committed an offence is not responsible for the consequences.

Some of these circumstances are connected with mens rea – the guilty mind – or the absence of it. For example, when the offence was committed by a minor or an insane person.

Mens rea is imputed in an offender if he or she –

1. Had the power to commit or not to commit the act – Muslim jurists call this qudra;

2. Knew that the act was an offence; and

Which is why minors and the insane are not held responsible for their offences because they are presumed not to have known of the unlawfulness of their acts. They lack the criminal intent too.

The minister could not be presumed to lack the knowledge and criminal intent. He is therefore personally responsible for his act of breaking the mandatory quarantine order.

The Malays have a saying, berani buat, berani tanggung.