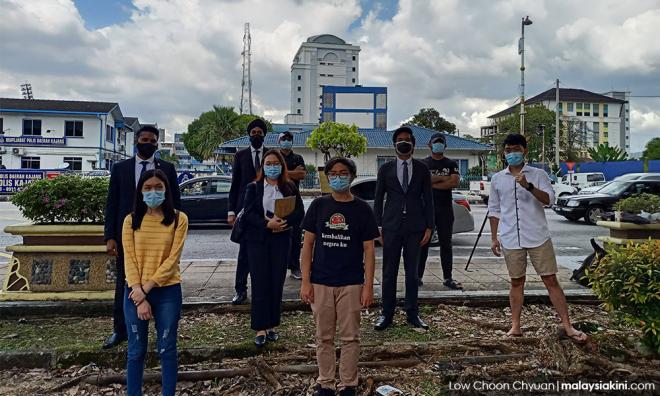 LETTER | Universiti Malaya academicians are in solidarity with the student leaders

LETTER | Robert Maynard Hutchins (1899-1977), formerly of Yale Law School and University of Chicago, has stressed that "there is only one justification for universities, as distinguished from trade schools. They must be centres of criticism."

Universities are hallowed ground where dissenting opinions must be encouraged and conventional wisdom questioned. It is refreshing and welcomed to note the students of Universiti Malaya (UM) are persevering in these endeavours, albeit being unwelcomed by many uninformed and misguided individuals.

To that effect, we stress our concern and strongly condemn the continued harassment of the president of the Universiti Malaya Association of New Youth (Umany), other student leaders, executive members and by extension the Student Union body of UM.

We note the multiple police reports filed against them repeatedly in recent days, the confiscation of electronic items and seen intimidation and harassments subjected.

It is disappointing that the current UM management does not respect and practice the time-honoured academic freedom and autonomy, which is expected to be enshrined at universities, as reflected in the press statement of its Corporate Communications Office to investigate UM students for their comments on the role of the monarchy in the context of our Constitution and the recent political upheavals with the looming possibility of a state of emergency and the Budget Bill that has great implications on the future of our beloved country.

Students are stakeholders of a functioning university and by extension, the future of the nation. Students contribute directly to UM. Yet students are not allowed to educate themselves befitting a global education and in the spirit of the Malaysian Education Blueprint 2015-2025.

The blueprint indicates the thinking skills attributes that the higher education system needs to inculcate in its students are to include the following: “appreciates diverse views, is able to think critically and be innovative” as part its goal to prepare them for employment.

As a nation, students must be provided room to practice what the academic institution has professed and preached, namely, to nurture and encourage them to think critically. Furthermore, freedom of expression is guaranteed by Article 10 of the Federal Constitution.

The university is a place to nurture thinking and contributing members of society. We should be proud that students of UM are extremely well-versed in the country's Constitution, that they take an active and avid interest in their country.

Time and again, the relevance of higher education institutions have been called into question. UM has been known as No 1 in Malaysia since time immemorial and has given birth to the greats among student leaders of Malaysia. The current KMUM has, above all else, risen like the phoenix in the age of Covid-19 and continuously been helping out, such as providing food and aid to deserving students during this pandemic.

The UM student body is already doing the work expected of excellent citizens of this nation. Umany, being one of the three arms of the UM Student Union, too, has diligently and conscientiously performed numerous social and welfare projects for the rakyat of this country.

We would like to remind UM and the nation that these student leaders, having the capacity to analyse and think critically, are the Future of Malaysia.

Let us live up to the spirit of academic freedom and that of the Malaysia Education Blueprint 2015-2025 to nurture students with critical thinking, rather than to punish the said students for actualising this aspiration.

This letter is signed by a number of concerned academicians of Universiti Malaya.