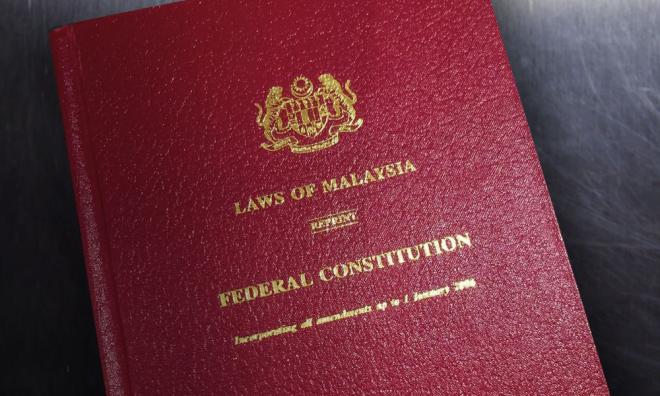 COMMENT | Are we preserving, protecting and defending the constitution?

COMMENT | Many of us who have had the experience of being a plaintiff, defendant or a witness in a court proceeding will be aware of the "oath" that we need to express in front of a judge with our right hand up pledging something of this nature, “To speak the whole truth and nothing but the truth so help me God."

If it is then found during the court process that one has been untruthful, then he or she will be liable for perjury, a criminal act as this disrupts the judicial process. A conviction could lead to serious consequences including probation and fine.

There are other forms of undertakings that are made like statutory declarations and written undertakings made in the presence of a commissioner of oaths. Many of these instruments have been misused by politicians and remain devalued in the eyes of people. All these have consequences.

In addition to this, there is the "oath of office" taken when one holds positions of responsibility in the public sphere. This will cover members of Parliament, ministers, prime minister and those in the judiciary. It would be interesting to speculate how accountable they are in the public space.

Members of the three arms of government, namely the executive, the legislature and the judiciary all take an oath of office upon their appointment to preserve, protect and defend the Federal Constitution. The focus is the constitution and laws made by Parliament must meet basic fundamental criteria as enshrined in the constitution, failing which these will be struck down.

“The oath is not a constitutional bluff, but it is a constitutional contract of the highest nature to protect the public and read with the Rukun Negara, it puts religious, moral, ethical values to the highest standard with allegiance to the Yang di-Pertuan Agong and not any individual person who was instrumental in the appointment."

There is thus an obligation and independence to act in accordance with one’s oath of office. Fundamentally, this also means that the executive and the legislature cannot meddle with the constitutional framework to affect fundamental liberties, judicial powers or even violate the doctrine of separation of powers.

The paradigm here is based on the constitutional supremacy framework, which is anchored by the oath of office. When the oath of office is one that is not accountable and the violation of which has no consequences, then it means all things to all people. Let's take, for instance, our present backdoor government.

Would it be too harsh to say that all members of this government have violated their oath of office? By violating their commitment to the people who elected them and the promises made via their adherence to a manifesto, have they not breached the sense of trust and promise expressed to their constituents?

Have they been true to the rule of law? Then by party-hopping they have violated the reform agenda, the very basis on which their constituents voted them into office. By what moral standards can you justify this as a correct and an ethical stand? Having said this, the promulgation of the emergency ordinance by these same actors calls into question their own oath of office.

From the paradigm of the primacy of the constitution, the separation of powers, the role of the Agong and their respective oaths on taking office, one needs to get the focus right. The king acts on the advice of the prime minister representing the executive.

The prime minister secures his mandate from the people’s house, the Dewan Rakyat. You cannot reason this away and we must be careful that our respected king is not used as a shield by politicians with their own agendas. Expressing our views against the proclamation of this emergency should not be perceived as being disrespectful to the king.

There is nothing that is disrespectful. The Agong is obliged to accede to the advice of the prime minister and having refused once, he has decided otherwise the second time. The issue is not with the king but the prime minister as leader of the executive. We should be mindful of our politicians using our respected king as their shield to protect themselves from accountability and spreading fear amongst the people that it is being disrespectful to the king by raising questions regarding the proclamation of the emergency.

The Agong is acting on advice and this second time around, there is added pressure on his majesty. Our politicians are expressing good intentions with regard to health (the Covid-19 pandemic), but this also hides very bad motives. They are neither being transparent nor accountable and can be perceived as violating the constitution and their own oath of office They could well have gone to Parliament if they respected the people’s chamber. They did not and you and I know their reasons for not doing so.

The fact is there are many who now perceive that our constitution has been violated. The people’s fundamental liberties are affected. Could it be that the power to determine this lies with the judiciary? As one respected judge so rightly concludes, “Thus absolute independence, as well as the requirement to act professionally as per the oath with full allegiance to the Agong, is mandatory."

“Thus, basically it means that the executive and the legislature will not act or legislate to whittle down the constitutional framework in favour of the public or destroy the fundamental liberties or impinge on judicial powers of the court in violation of the separation of powers doctrine, based on constitutional supremacy framework."

“The judiciary is expected to police the executive and legislature to ensure that the constitution is not amended or destroyed against the interest of the public and the fundamental liberties provisions are not made illusionary by way of legislation which are harsh and oppressive and are inimical to the Universal Declaration of Human Rights as legislated and incorporated under the Suhakam Act 1999 etc., as well as entrenched in Articles 5,8 etc of the Federal Constitution.”

So to go to court is the right of the citizen and this does not reflect negatively as questioning the actions of the king. The courts remain the final bastion against abuse of powers, even those conferred under the Emergency (Essential Powers) Ordinance 2021. This must be seen in the context of the citizens' desire to preserve, protect and defend the constitution and the perceived failure in this regard by the executive and through the lack of involvement of the legislature.

It is questionable whether an emergency of this nature is needed to deal with a health crisis. Only a very serious exceptional circumstance affecting national security should call for the imposition of an emergency, and this should be done in accordance with the constitution and determined following debates and a vote in Parliament.

The best forum for this to be discussed and debated is the Dewan Rakyat – the people’s house. Now, we are even deprived of this fundamental constitutional right. Where does the prime minister derive this power and right to do what he has done? Has he acted ultra vires the constitution? Can he act arbitrarily on the whims and fancies of his cabinet and against his own oath of office?

What are the avenues open to the people who are peace-loving and concerned? How can we trust our present government which already has serious trust deficit issues with the people?

This, together with the perceived violation of their oath of office at the personal individual level and lack of respect for the constitution, is going to drive our investors and impact the economy of this country in the years to come.

Character is the premium that is missing. We have all witnessed what former president Donald Trump has done to democracy and the institutions of governance in the US. People who lack character will pollute our institutions as well and there is thus the need to defend our constitution. The institutions in America stood the test as they have a free press and individuals from both parties who stood up for what is right. Character is about being true to the oath one has taken irrespective of others, benefits, promotions or titles.

This trust deficit will continue to have a serious impact on the nation’s standing, economy and respect. How we look at the problem is the problem. Is it constitutional supremacy or parliamentary supremacy? While the former is in keeping with the oath of office, the latter is an aberration from our colonial past. The final arbiter is the judiciary as the custodian of the constitution. The character of our judges will be on test.

K HARIDAS is an NGO activist involved with ‘change management, education and issues of conscience’.