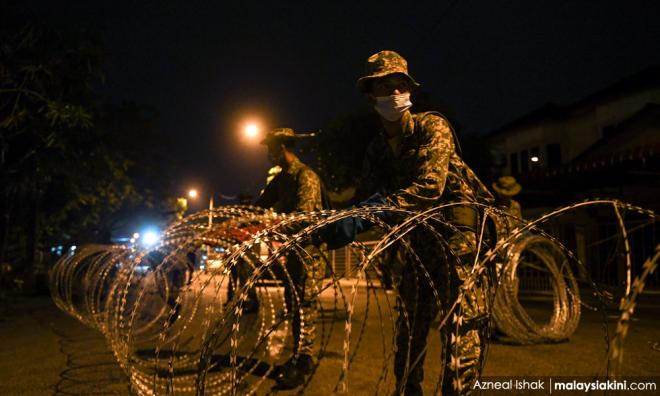 COMMENT | Consider the 'k': Total lockdowns may not be only way

COMMENT | Is there a way to contain the spread of an infectious disease nationwide that is more favourable to livelihoods without sacrificing lives and still prevent future clusters from emerging? Probably.

With more representative data, higher testing capacity, better contact tracing and data analysis techniques, the resulting better understanding of what gives a virus spread its momentum may allow authorities to make targeted interventions (such as tailored movement control orders) that target significant contributing factors that cause virus spread, instead of a blanket approach of a nationwide lockdown.

Let's start with the need for more representative data for better contact tracing and analysis. Instead of just the widely-known 'R' number (reproduction rate number; R nought), we should also be considering the dispersion factor 'k'. On its own, R is insufficient to evaluate the nature and dynamics of an infectious disease's spread in the population.

Many perhaps already understand that R equal to, say, 1.5 means that on average, every infected individual has infected one to two other individuals. However, R = 1.5 could also mean that for every 100 infected individuals, who diligently self-quarantined themselves and therefore did not infect anyone, there was one individual who has managed to transmit the disease to at least 150 others. R = 1.5 could also mean many other possibilities on a continuum between these two extreme cases.

In other words, on an individual level, rather than nationwide, R is a random variable and reported R is only its expected value. However, it is equally important to understand how R is distributed...