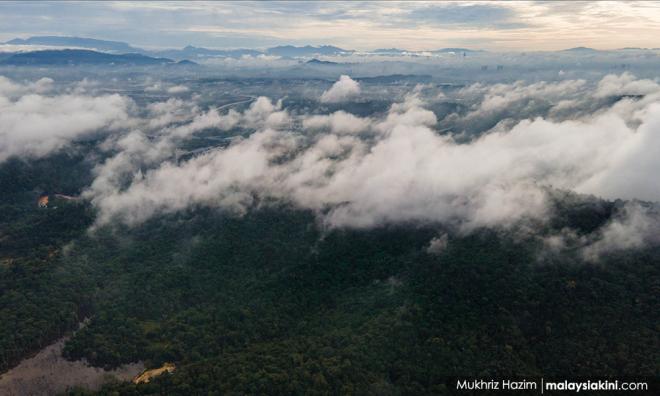 LETTER | Biodiversity loss a cause for alarm

LETTER | The recent report that a total of 567 plant species out of the 1,600 Peninsular Malaysia plant species assessed in the Malaysia Red List have been classified as threatened should be a cause for alarm.

Plantations do not have the same biodiversity value and cannot provide the same ecosystem services as natural forests. Intact and biodiverse forests protect watersheds and water quality, are more resistant to fire and drought, regulate climate and weather patterns, and provide habitat for a wide range of flora and fauna.

Biodiversity ensures food security, as a biodiverse ecosystem will provide genetic resources for a variety of food, including those that are resistant to fungi and diseases that may wipe out cultivated strains of crops. Keeping forests intact and biodiverse prevents wild species from crossing into human habitation and spreading both known and new diseases to domestic animals and humans, and thus protect biosecurity.

Approximately 50,000 to 70,000 plant species are used by humans for traditional and modern medicine worldwide. Biodiversity loss will limit the discovery of potential new medicines and medical treatments.

Humans rely on the ecosystem services such as the supply of clean air and water provided by healthy and biodiverse ecosystems. The National Water Resources Study 2000-2050 warns that Kedah, Kuala Lumpur, Malacca, Penang, Perlis, Putrajaya, and Selangor are at risk of water deficits, partly due to the loss of vital water catchment areas, and partly due to poor water management systems and habits.

Malaysia is rapidly losing forested areas to agriculture and development, and state governments continue to degazette forest reserves and issue logging permits with impunity. The requirement that states gazette replacement sites for degazetted reserves does nothing to turn the tide of biodiversity loss.

States are running out of suitable sites to gazette as replacement forest reserves, and further, the gazettement of secondary forests and degraded land cannot be a substitute for the protection of natural and intact forests.

Google’s global forest map reveals that between 2000 and 2012, Malaysia had the world’s highest deforestation rate at 14.4 percent. Satellite data from the Carnegie Landsat Analysis System-lite platform shows that over 80 percent of the rainforests in East Malaysia have already been logged.

Between 2000 and 2009, over 9,000 hectares of permanent forest reserves were degazetted in Malaysia, threatening watersheds and carbon sequesters, and destroying flora and fauna including those classified as "critically endangered" on the International Union for Conservation of Nature (IUCN) Red List. The degazettement of the Bikam permanent forest reserve in 2013 caused the extinction of the Keruing Paya, a critically endangered hardwood tree, in Peninsular Malaysia.

The best way to mitigate biodiversity loss is by protecting existing forests. One of the main problems why forest conservation is so challenging in Malaysia is that the Federal Constitution gives states jurisdiction over their land, water, and forests. Forestry revenue accrues to the state government and not to the federal government, and as such, forests and extraction-based industries such as logging and mining are a major source of revenue for state governments seeking short-term gain.

Government agencies set up to manage forests see forests not as sensitive ecosystems to be protected, but as resources for socio-economic development. However, the economic benefits of logging and mining are short-lived and can sustain only one to two generations at most. State governments stand to lose more from the loss of forests and the ecosystem services they provide.

Droughts, floods, soil erosion, landslides, and health crises such as dengue and malaria outbreaks will all cost the state and federal governments more in the long run. We need to stop relying on commodity crops and extraction-based industries as our primary source of revenue.

If we build a knowledge- and skills-based economy and stop relying on monoculture crops and extraction-based industries as our country’s primary source of revenue and jobs, we can find better ways of sustaining our economy.

We need to rid ourselves of the mentality that the loss of threatened tree species does not affect us, or that it can be rectified through tree-planting campaigns and gazetting degraded land as replacement forest reserves.

Tree-planting campaigns, habitat restoration, the setting up of seed banks, and environmental education for the younger generation, all take time to bear results. And time is a luxury that threatened species do not have. Biodiversity is not merely something that is nice to have, but essential to the survival of humanity and a living planet.