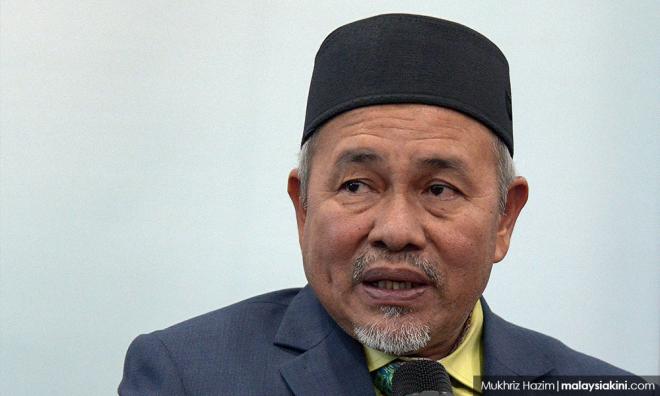 MP SPEAKS | Environment and Water Minister Tuan Ibrahim Tuan Man said Malaysia was not invited to the Climate Action Summit in the United States because “the main objective of the conference is to encourage large economies that collectively contribute 80 percent of greenhouse gases (GHG) to limit global warming to 1.5 degrees Celsius".

A check on the official statement from the White House which was published on its website said no such thing. Instead, it clearly says that the key goal of the summit will be to catalyse efforts to keep the goal of limiting planetary warming to 1.5 degrees Celsius within reach.

The leaders of the large economies (17 countries) responsible for about 80 percent of global emissions are merely part of a total of 40 world leaders invited by US President Joe Biden.

Tuan Ibrahim (above) has also conveniently omitted the fact that the heads of countries that are demonstrating strong climate leadership or are charting innovative pathways to a net-zero economy were among those invited.

Malaysia has all the advantages to be recognised as a world leader in climate action. We are one of the world’s mega diverse countries, ranking 12th in the National Biodiversity Index. We have also committed to maintaining at least 50 percent of forest cover, as pledged at the 1992 Rio Earth Summit.

In December last year, Tuan Ibrahim was even "crowned" as one of the top seven environment ministers in Asia by Asia Business Info magazine.

So, why was Malaysia snubbed? What went wrong?

Well, since we were so willing to accept foreign trash, I guess, naturally we will be treated like trash!

It is clear that the Perikatan Nasional government has failed to propel Malaysia into an internationally recognised and respected leader in climate action. What was most shameful was the action by Tuan Ibrahim who had resorted to fact twisting in an attempt to cover this up.