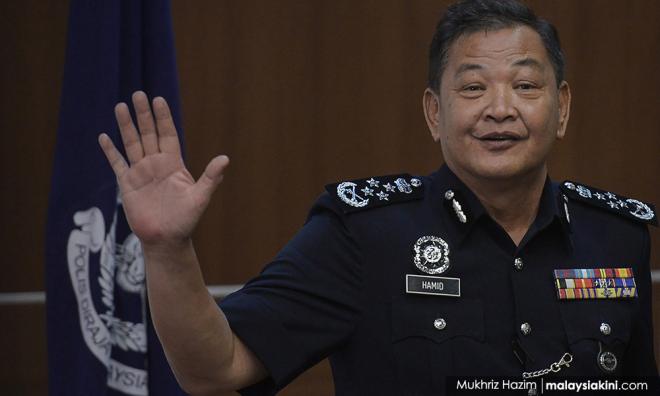 COMMENT | I have a feeling that Abdul Hamid Bador would have agreed to continue for another few months as inspector-general of police (IGP) till the emergency is over in August had he been asked to.

The policeman in him will compel him to do so; just as he had confided in his farewell address last Monday that “I look happy to retire but my heart is anxious for the police force”.

However, I do not think that another four months for Hamid as the IGP will make much difference or see any significant changes for PDRM (Polis DiRaja Malaysia). On the contrary, it could turn out to be disastrous for the police force if the top brass are unable to get along.

Let’s face it. There is too much bad blood between Hamid and his political boss, Home Minister Hamzah Zainudin. It is now public knowledge. There is nothing to hide.

On April 30, Hamid was not even informed by the minister that a new IGP has been picked to take over from him beginning May 4. Well, Hamzah showed who’s the...

YOURSAY | The deep state in the force strikes back
5 May 2021
COMMENT | Democracy should afford us intelligent leaders
4 May 2021
The Home Minister's boy
4 May 2021
Ex-IGP reveals the story behind Hamzah's 'boy'
4 May 2021
Takiyuddin's interpretation of law to defend Hamzah is perverted - Kit Siang
4 May 2021
Amend constitution to prevent political influence in police - G25
3 May 2021
Outgoing IGP: I look happy to retire but in my heart, I'm anxious
3 May 2021
LETTER | Thank you, Abdul Hamid - the gentleman and an officer
3 May 2021