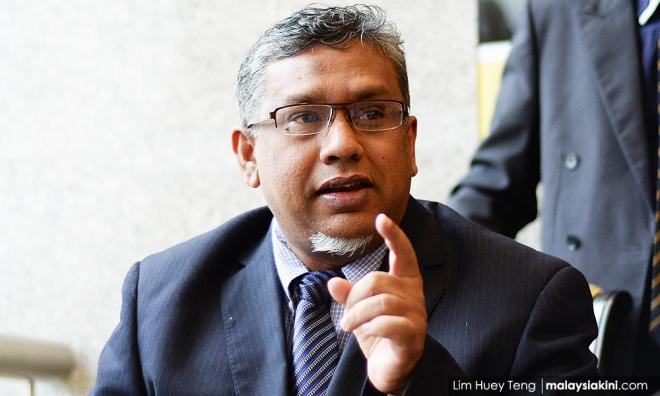 MP SPEAKS | NOC - is it a viable option?

MP SPEAKS | Having met the Yang di-Pertuan Agong, Dr Mahathir Mohamad held a press conference via video. I watched the entire video and listened attentively to his speech in toto. As usual, the former prime minister exhibited his customary frankness in delivering his points.

He told his virtual audience that he mooted the idea of having a National Operations Council (NOC), also known as Mageran, to the King. The King, in turn, according to Mahathir, reacted by saying that the idea of the NOC should come from the present backdoor government.

Mahathir also lamented that he was sceptical the government would be agreeable to his idea of having the NOC.

I always respect Tun's views. Yes, I believe many people may have difficulties accepting his latest view on the NOC, including me, but that would never diminish any iota of the highest respect I have for him.

With the greatest respect and to be fair to Tun, I could not subscribe to any view which tries to suggest he might have sinister motives in proposing the idea of having the NOC.

Despite the fact I totally disagree with his idea of setting up the NOC, I sincerely believe he has good intentions of mooting such a drastic idea. I believe his idea has been solely motivated by his true love of this country albeit in his own way, as some people may perceive.

To be fair to him, in my view, he merely tried to offer his vast experience in proposing means of solving the current woes faced by our beloved nation. Hence, it is grossly unfair to conclude that he was actuated by the malice of mala fide.

Truth be said, however, his suggestion of establishing the NOC seems to be contrary to his strong and consistent views opposing the present emergency. It is an open secret he openly supports the initiatives to end the emergency by a special committee that has been appealing to the King to end the emergency.

Be that as it may and with the greatest respect, I am a bit bewildered by his latest view. He seems to be inconsistent. He seems to view that the NOC and emergency are poles apart.

There would be no point of asking to end the emergency if we, at the same time, propose to have the NOC. This is my point of departure.

Tun explained in his video the success story of the then NOC in 1969. Those who care to read the history, in my view, may say the problem which triggered the establishment of 1969's NOC was totally different from the present one despite there being some common traits.

Tun was very determined to conclude that the old NOC was very successful. Yes, maybe, it was successful by creating political stability then. But one may also say it was successful at the expense of "slaughtering" many democratic values enshrined in our Federal Constitution.

Some even have the view that a genuine democracy was lacking since then all the way up till May 9, 2018.

In 1969, the level of awareness of democracy was still low. It was a pre-digital revolution era. But, nowadays, it is totally a different ball game altogether. The old antidote may not be appropriate to heal the present ailments.

To be effective and "successful", the NOC needs to work hand in hand with the emergency. Therein lies the problem.

Let's say, for the sake of argument, one has in mind a new version of the NOC, unlike the old version. Like it or not, it would still call for some forms of "extra and arbitrary powers" outside any legal parameters.

Hence, it would be anathema to even a basic modicum of democracy!

Despite being sceptical that the present government would agree with his proposal of having the NOC, Tun, with due respect, may not realise or may even overlook the utter desperation of the present "failed government".

This government may not be happy to have the NOC. Nevertheless, due to its desperate political survival, it may agree to set up an NOC and, in turn, even to appoint Tun to act as its chair.

If that happens, like it or not, Tun may be unnecessarily accused of collaborating with this "illegitimate" government, an accusation which Tun may, I believe, try very hard to avoid, at all cost.

MOHAMED HANIPA MAIDIN is Amanah's MP for Sepang and a former deputy minister in the prime minister's department for legal affairs.