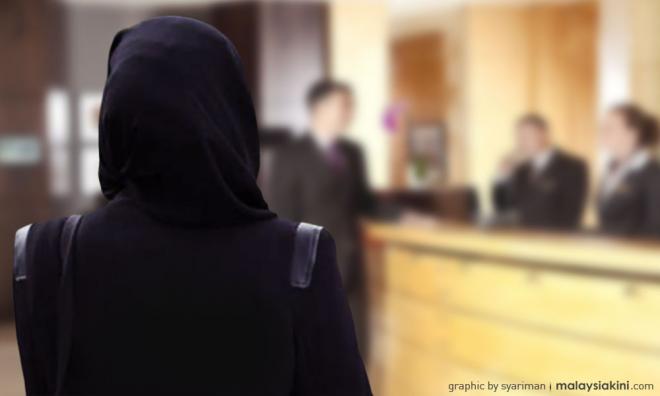 This time, it’s by Minister in the Prime Minister’s Department Datuk Mujahid Yusof Rawa, who announced yesterday that the government is working on a dress code for Muslim women in the private sector.

The obsession to control what women wear has to stop now. We reject efforts to police women’s clothing and restrict women’s freedom of expression.

Such policies are also extremely sexist, as they are based on the stereotype that women are seductresses.

According to the minister, the dress code is meant to prevent discrimination against Muslim women.

The minister has missed the point completely. Restricting what women wear is, in and of itself, discriminatory, and this policy would end up discriminating women who do not conform to the code.

If the government is really serious about eliminating gender discrimination, they should prohibit employers from dismissing or refusing to hire women based on their attire, instead of creating policies to dictate how women should dress.

There is already so much emphasis on women’s appearance in our society. The government should instead focus on more substantive issues - such as ensuring that parents have access to affordable childcare, increasing women’s labour force participation, and enacting a Sexual Harassment Act and a Gender Equality Act, which would protect against gender discrimination and accelerate gender equality.

It’s time we stop obsessing about how women dress. Women are more than their clothes and appearance.