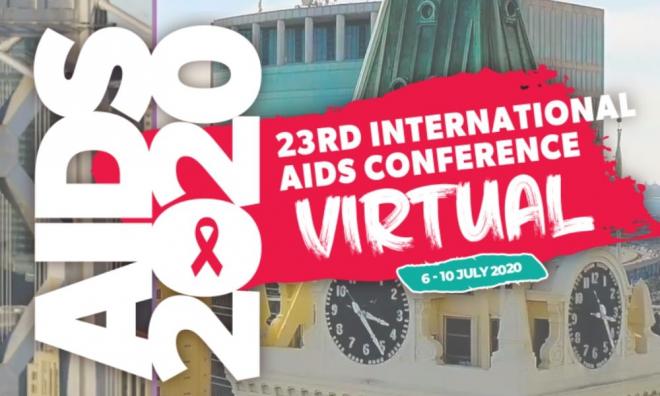 Leading HIV researchers announced important new developments in HIV research at the 23rd International AIDS Conference (AIDS 2020: Virtual) today. This includes what may be the first report of an adult with HIV to achieve long-term HIV remission without the need for a bone marrow transplant and new data showing that long-acting injectable cabotegravir is superior to daily oral Truvada for pre-exposure prophylaxis (PrEP).

Other announcements included promising new insights on PrEP’s impact on reducing HIV incidence in rural Kenya and Uganda, encouraging data on the potential link between dolutegravir and neural tube defects, and positive results in a trial comparing multidrug antiretroviral therapies.

The HPTN 083 clinical trial is the first study to compare the efficacy of long-acting injectable cabotegravir with daily oral Truvada for HIV PrEP. The trial enrolled 4,570 cisgender men and transgender women who have sex with men at 43 sites in Argentina, Brazil, Peru, United States, South Africa, Thailand and Vietnam.

In May, the study was stopped, but interim data showed that long-acting cabotegravir, when given by injection every two months, is highly effective for preventing HIV in cisgender men and transgender women who have sex with men.

Updated results announced at today’s press conference found that cabotegravir for long-acting injectable PrEP is not only just as effective, but superior, to daily, oral Truvada for PrEP. Raphael J Landovitz of the UCLA Center for Clinical AIDS Research & Education reported that adherence for daily, oral treatment regimens have proven difficult to maintain and that a safe injection every two months is an appealing alternative for people around the world.

This pilot proof-of-concept study administered intensified multidrug antiretroviral therapy (ART) with twice-daily nicotinamide for 48 weeks to five individuals to determine if these regimens would be able to achieve an HIV cure. Baseline ART was intensified with maraviroc and dolutegravir, nicotinamide inhibits immune exhaustion-related lymphocyte apoptosis and has multiple potential anti-latency mechanisms.

Data presented today by Ricardo Diaz of the University of Sao Paulo revealed that one of the five individuals receiving this treatment regimen, a 34-year-old Brazilian male diagnosed with HIV in 2012, has maintained long-term HIV remission without the need for a bone marrow transplant. Notably, 57 weeks after structured treatment interruption, his HIV DNA in cells and his HIV antibody test remains negative.

The presenter noted that the findings are exciting but preliminary and that further analyses into viral cultivation and sequential HIV antibody profile and detection are ongoing. [Summary based on submitted abstract; updated data may be presented on site.]

The ongoing Tsepamo study surveys birth outcomes at government hospitals in Botswana in order to identify neural tube defects among infants born to women on dolutegravir. Dolutegravir is a major component of first-line HIV therapy in the World Health Organization’s (WHO’s) treatment guidelines.

Rebecca Zash of Harvard Medical School and the Botswana Harvard AIDS Institute Partnership reported that these data further support WHO’s 2019 decision to continue to recommend dolutegravir. Infants born to mothers who were on dolutegravir from conception were not significantly more likely to have neural tube defects compared with infants whose mothers were on any non-dolutegravir antiretrovirals. Additionally, after a period of decline, the prevalence of neural tube defects among infants born to women on dolutegravir at conception may be stabilizing at approximately two per 1,000. [Summary based on submitted abstract; updated data may be presented on site.]

The trial randomized about 1,000 people with HIV from February 2017 to May 2018. Last year, 48-week results were released, and the 96-week results announced today showed that TAF/FTC+DTG and TDF/FTC+DTG were just as effective as TDF/FTC/EFV. Low rates of virologic failure were reported across all study arms despite over 10% of clients in South Africa having transmitted NNRTI drug resistance. Participants receiving the DTG-based regimens gained more weight than those taking the EFV-based regimen.

Presenter Simiso Sokhela of the University of the Witwatersrand reported that the ongoing study provides further evidence supporting WHO’s decision to recommend DTG/TDF/XTC-based regimens for first-line therapy worldwide. [Summary based on submitted abstract; updated data may be presented on site.]

The ongoing SEARCH study is a population-based study in 16 rural Kenyan and Ugandan communities assessing the impact of PrEP use on new HIV infections. From June 2016 to April 2019, 15,623 people with elevated vulnerability to HIV were offered PrEP as part of the study.

Catherine Koss of the University of California, San Francisco, noted that the results offer evidence of PrEP’s real-world impact in rural Africa, highlighting the need to expand PrEP access to all areas of Africa.

Koss reported that new HIV infections were 79% lower among people who initiated PrEP and subsequently received HIV testing than in matched controls in 2015-2017 before PrEP was generally available. Over 7,143 person-years of follow up, just 0.35% of people who had initiated PrEP were diagnosed with HIV versus 1.42% among matched controls. [Summary based on submitted abstract; updated data may be presented on site.]

Abstract: Lower than expected HIV incidence among men and women at elevated HIV risk in a population-based PrEP study in rural Kenya and Uganda: Interim results from the SEARCH study

Abstracts for the studies featured in this press conference are available here.