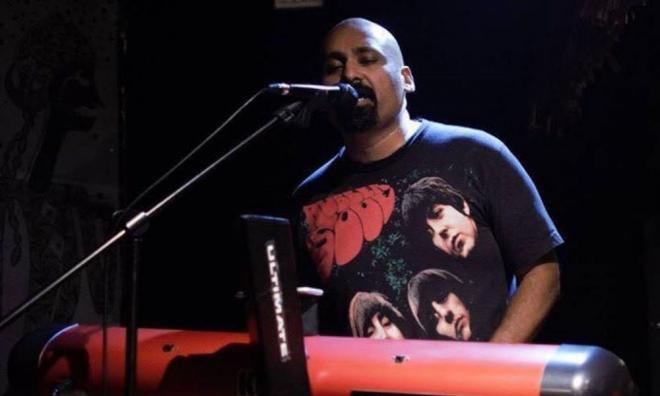 The new album is called The Knight's Flight and contains 14 songs written and recorded in a psychedelic rock style with production, vintage sounds and lyrical themes to match.

Vengadesan who was a musician in the 1990s prior to becoming a journalist, says that this is latest work is definitely influenced by what The Beatles and Pink Floyd were doing in the late 1960s.

It is also the third album in a series, with the first album The Queen's Gambit being a folk-rock singer-songwriter work with personal themes while the second album The Bishop's Sacrifice is a harder rocking affair with songs about politics and religion.

The project was also helmed by producer Ashwin Gobinath who is the drummer of fusion band Nadir.

Recording on the album commenced before the movement control order was first established in March, following which band members had to record their parts separately.

The album will be out on Spotify later this month: https://open.spotify.com/artist/2Ds5lgLqru6AezzuRHcYW9

The band's music is also available on youtube: https://www.youtube.com/channel/UC_lzeNxanhWO8JhVwIZq96Q

The physical copy - for those who still buy CDs - is available at RM20 and can be obtained by getting in touch with Vengadesan at his Facebook page: https://www.facebook.com/Martin-Vengadesan-JournalistMusicianAuthor-635337166957466