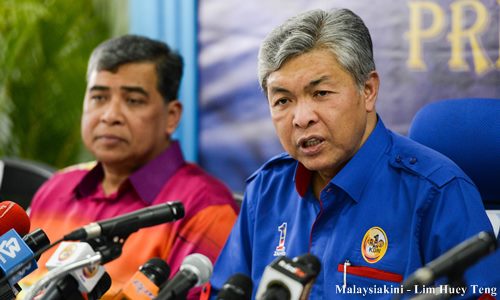 Ignoring the link between extremism and terrorism

The leap from religious extremism to terrorism is tangible. If Putrajaya, the Royal Malaysian Police (PDRM) and religious institutions like the Department of Islamic Advancement of Malaysia (Jakim) cannot accept the fine line between religious intolerance and militant tendencies, they will never curb terrorist activity. Where do you start, when our leaders and clerics are in denial about religious extremism, and appear to condone it?

In 2014, the Global Terrorism Index reported that the main driver of terrorism was religious extremism. In 2013, deaths from terrorist activity, rose by 60 percent to 18,000. The report blamed the killings on the rise of Islamist groups like Islamic State (IS), Boko Haram, the Taliban, and al-Qaeda in countries like Iraq, Syria, Nigeria, Pakistan and Afghanistan.

At home, Muslim organisations and Muslim individuals have failed to condemn and halt extremism. The average Malay is afraid to criticise as he fears a backlash from other Malays.
Our leaders have failed to show leadership. They don’t condemn the radicalisation of Muslim youths. In the home state of the PM, the Pahang mufti, Abdul Rahman Osman, has urged Muslims to slay ‘kafir harbi’. We have yet to hear the PM speak out against the mufti.