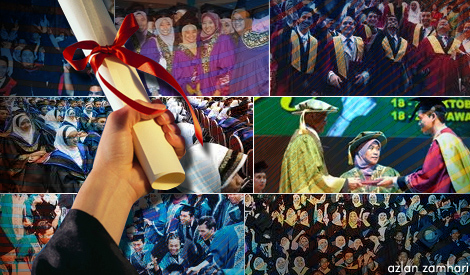 I started working as a journalist 16 years ago. It was my first ever job and it was at The Sun newspaper. I remember my starting salary. It was RM2,100 per month and naturally, it wasn’t enough. It never is enough, right? But it was okay for me as a fresh graduate.

I was able to pay my bills. Of course, there weren’t many since I was only 22 years old and I was still single and living with my parents. I could even save up to buy a car and also a medium-cost apartment slightly outside of the city.

Today, the starting salary for most jobs in Malaysia is approximately around RM2,000, depending on the industry. This means that after 16 years since I started working, the starting salary has not increased. In fact, in some industries, it seems to have even decreased.

So many people I talk to have said that the expectations by graduates these days are unrealistic and that all they want is a high salary to feed their spoilt lifestyle. Some of them even say that if they could survive on their starting salary, then these new graduates should, too.

But I have to disagree. I would not expect a graduate starting to work today to survive on the starting salary that I received almost two decades ago. Economically speaking, wouldn’t it be natural for us to actually equate inflation into it?

My parents, who are both university graduates, used to tell me that their starting salary when they first started working in a bank in the 1970s was around RM800 per month. This was more than 40 years ago.

If according to the logic of these people who say that the graduates are being unreasonable, then everyone today should be able to survive on a starting salary that my parents received more than four decades ago.

When I started working, an affordable car (in my case, it was a Proton Satria) cost me roughly RM40,000. I needed to save up 10 percent of that (RM4,000) for a downpayment and the monthly installment was about RM200.

A medium-cost apartment (I found an affordable one in Sunway) cost RM90,000. Again, I just needed to save up 10 percent for the downpayment and legal fees, which came up to about RM12,000. The monthly instalment worked out to around RM450.

On a starting salary of RM2,100, these two initial but essential commitments were affordable. I managed to save up and also pay off the instalments (which didn’t come to more than 30 percent of my monthly income).