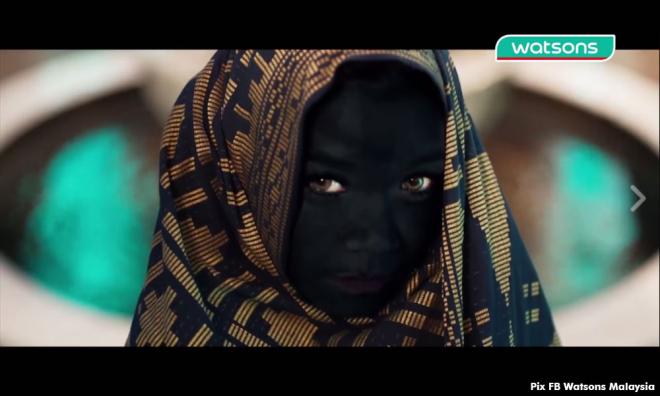 How in the dark is Watsons, really?

Several months ago, my eldest daughter Athena Azlee, who is six years old, came to me and said something that really took me by surprise. I had no idea a young girl like her could think of something like that.

“I wish my skin was a little bit fairer, like Alethea.”

“Why would you want that? Your skin looks great to me,” I said.

“I know. But Alethea’s skin is fairer and that is beautiful.”

Then it hit me. I have heard some distant relatives commenting on how fair Alethea’s skin is when she was born. Alethea is Athena’s younger sister and she is almost two years old. And yes, her skin is slightly fairer than Athena.

Hearing my daughter say this really broke my heart. My immediate family and I have never put any importance on physical beauty. And I definitely have never put that kind of pressure on my children either.

So it makes me angry at how certain segments of society can still uphold archaic perceptions of beauty where one has to be fair skinned to be seen as beautiful. And it makes me furious that that segment of society exposed it to my daughter!

It is ridiculous that in this day and age, when the world is so global and borderless, when we are exposed to so many different people and cultures, that we can still have people who think that beauty is defined by the colour of their skin.

The idea that people with dark skin are ugly, and also considered inferior to those who have fair skin, is just plain and obvious racist. Athena has strong Malay genes and she will definitely have brown Malay skin. But she is the most beautiful six-year-old I have ever seen.

It is even more ridiculous when a global company like Watsons could actually endorse such an archaic perception of beauty by producing an online video advertisement that had a black face character similar to those from minstrel shows back in the 19th century.

If you haven’t been following the issue, Watsons (the pharmacy chain) released a 15-minute Hari Raya themed video on their Facebook page. It is about a rich man who dreamt of a woman with a beautiful voice.

So he made a call for all the maidens around the world to come to his palace so he could find the one he was searching for. All those who came did not have the voice that he was looking for.

Then he heard it and he pushed his way through the crowd to see a woman singing. Initially, he couldn’t see her face because it was covered up with a shawl. He pulls it away and was shocked to see a black-faced woman...