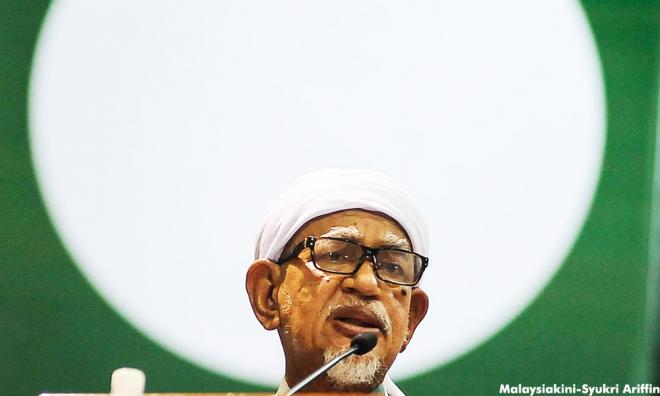 Hadi Awang is not the problem

“I put people before gods. I respect believers of all kinds and work to promote interfaith dialogue, but my whole life I've seen religion used as a weapon, and I'm putting all weapons down.”

- Zak Ebrahim, ‘The Terrorist's Son: A Story of Choice’

COMMENT | I have written my share of screeds against PAS president Abdul Hadi Awang that the title of this piece vexes me. It does so because what I write about Hadi is not about his religious beliefs but of his anti-constitution stances.

In the previous article, I made the claim that Stephen Ng’s piece 'Is MIC admitting it is dependent on Umno?' and the two pieces by Rais Hussin, 'What Hadi Awang can learn from Nazir Razak' and 'The Hadi narrative of Andalusia', were part of the problem why there is a disconnect in religious discourse in this country.

I read every article that Rais writes here and on other sites, and I think that he is on to something. The problem, of course, is that what Rais writes is what non-Muslim/Malays want to hear, and I have no idea if he continues this dialectic within the Malay community with similar provocative articles. When it comes to religion and interpretation of religion, it is best left to people who actually practice the faith and when it comes to running a government, people of faith should leave their faith at the door.

Rais’ two articles about Hadi is problematic for a variety of reasons and adds to the disconnect in the religious discourse of this country. The first problem is that as an opposition Muslim political operative, he is contextualising his opposition to the ideas of Hadi as a religious conflict.

That is, he is using religion as the basis of his critique against Hadi’s position. The fact that Hadi is a hypocritical Muslim is not the issue. Most public personalities who wear their religion on their sleeves are hypocritical. It is pointless using religion as a weapon against Hadi because when you use religion, you inevitably have to demonstrate that you are religious in your policy-making decisions. This, of course, is anathema to politicians who claim to want a secular state and worry of how Islam is promulgated in this country.

If you are waffling on your commitment to a secular state, then you have to make your case for an Islamic state and this is where the trouble begins and ends. If oppositional Muslim political operatives and their allies would just stop using religion as the basis of critique and concentrate on furthering the agenda of the secular state, oppositional Muslims MPs would not have to worry about attempting to "out Islam" their rivals because this would not be the grounds on which they battle for votes.

I have referred to this true Muslim meme in various articles. Here is my definition of it:

“These are not ‘true’ religious values but rather true secular values, or secular humanist values if you like. It is pointless and disingenuous to attempt to define what a ‘true’ Muslim is considering the fact that said values are in fact anathema to traditional Islamic thought and especially by non-Muslims, who project their own agendas as to the qualities that make a good or true Muslim.

“In other words, a ‘true’ Muslim as defined by those who have been on the receiving end of Umno-influenced Islam all these years, is a Muslim who conforms to the political and social conventions of the so-called moderate stance espoused by Pakatan Rakyat.”

So Hadi and PAS are not what is wrong with Islam in this country...