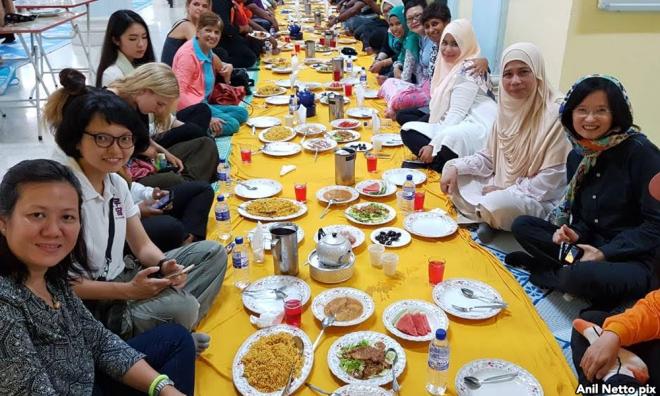 Malaysia: Race to the finish

Aren’t we all familiar with the anecdotal stories that we hear from the older generation (usually those born prior to 1960) telling us that they were ‘1 Malaysia before 1 Malaysia’? They would say that it was the good old days and no one cared about what race or religion you were.

But what does it all mean and how true is it? Did it really mean that people of that generation or during that time period were really colour blind and they did not think of race at all? Or were they just merely being more tolerant than we are today?

Now that Merdeka season is kicking in, a lot of stories about nationalism and the formation of the country that we are so familiar with will start cropping up, either in the media or just by people chatting. It’s the same every year when we celebrate Independence and Malaysia Day.

If the older generation really thought that they were colour blind, then how come the formation of our country is so entrenched in a racial political system that was used by the British during colonial days to divide and conquer us, and which is haunting us till today?

In the run up to independence, the political parties that were formed to fight for Malaya’s autonomy were all race-based. There was the United Malays National Organisation (Umno), Malayan Chinese Association (MCA) and Malayan Indian Congress (MIC).

Each party was to protect the interests of their particular ethnic group, and they feared that if they had no representation, then they would be oppressed. Of course, the biggest ethnic group of all was the Malays and everyone else had to respect them because this was, apparently, their land.

A social contract was formed and understood where the Malays needed their special privileges protected. The Chinese needed to make sure everything was stable so that they could continue their business and the Indians, well, they just wanted to make sure they lived normally.

Then Malaya got its independence because the British were happy that their divide and conquer method was upheld, and that meant that their interests would continue to be served even after decolonisation and Malaya was it’s own country.

Singapore then wanted independence too, but they were too small and weak to become a country of their own and hence they needed to form a federation with Malaya, hence Malaysia was conceptualised.

But then Malaya was worried because if Singapore were to join Malaya and form Malaysia, the racial demographics would be upset since Singapore has a significant Chinese population. This would threaten the stability of the position of the Malays.

So, Sabah and Sarawak were also invited to join and form Malaysia. This is so that the Chinese population coming in from Singapore wouldn’t be too much of an upset. And hence, Malaysia was formed. The Federation lasted only a few years before Singapore eventually left.

So if this was all going on in during that period (which would have been between the 1950s and 1960s), how can the older generation say that their time was when everyone was colour blind and did not care about race and religion?

This unfavourable system of governing the country has lasted from independence right up till today, 60 years later. And because of that, Malaysia is still entrenched in a political system that is not uniting the country.

Of course, one can argue that all this racism is happening only in politics and the man on the street isn’t affected. That is why the older generation can say that they were colour blind and so can the young generation today as well.

But if racism is already institutionalised like it is in Malaysia today, then there would be no other way to eliminate it because it is considered a legitimate system. And no matter how much we disagree with it, those in power can always say that it is justified and nothing will change.

So what is required if we do what a change? It would be to actually change what has been institutionalised. But is this possible? Is there any other option that Malaysians can choose? Or will we just continue to be talking about this same issue for another 60 years?

ZAN AZLEE is a writer, documentary filmmaker, journalist and academic. Sometimes he feels so pessimistic that his writings turns out negative, but he really doesn’t want to feel that way. Visit FATBIDIN.COM to view his work.