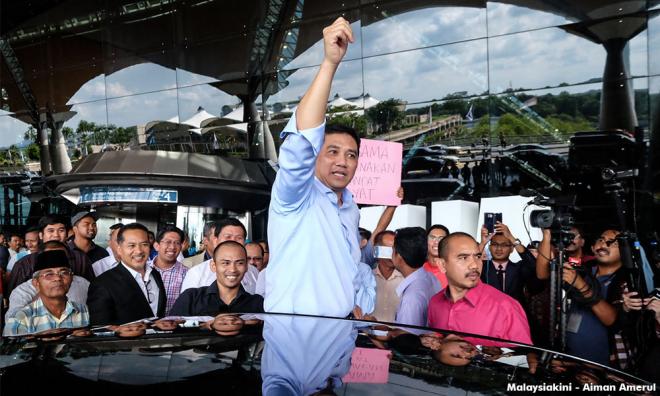 At a time of political turmoil, Selangor Menteri Besar Azmin Ali was tasked with the uphill battle of uniting the Selangor government despite the falling out with PAS and the emergence of two new parties aligned with Pakatan Harapan.

Fast forward three years into the future, and Selangor now sits strongly as one of the best-performing states in Malaysia.

This is a sign of health and proper management. Being able to drag in foreign direct investment while keeping debt levels low is also something to cheer about.

Juxtapose this with Prime Minister Najib Abdul Razak’s management of the economy, which has put our nation in severe debt while converting foreign direct investments with multi-billion ringgit loans from China.

The sign of strength was further cemented when the Statistics Department stated that Selangor contributed 22.6 percent to the nation’s five percent gross domestic product (GDP) growth in 2015, making it the largest state contributor to the economy.

Some critics argue that it is unfair to give credit to Selangor’s Harapan government, because Selangor has always been blessed to have investment and resources around them.

A strong counter to that would be a strong pool of resources with poor management would not make Selangor great. Just ask 1MDB. So credit needs to be given to Azmin Ali when it is due.

So what did Selangor achieve, specifically under Azmin’s leadership? In 2015, the state reserve was at RM3.26 billion. However, this number increased significantly in 2016 as it was reported at RM3.95 billion in August last year.

Not only does the number look great, but all of this was achieved while Selangor maintained their “Peduli Rakyat” initiatives to help its people...