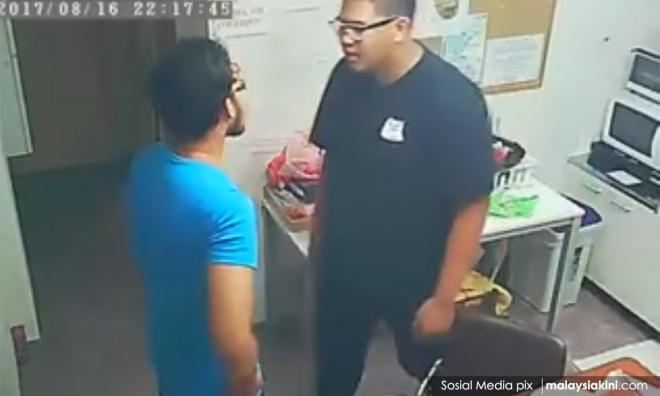 COMMENT | There have been several incidents that have happened that left me thinking if we Malay Malaysians have a feeling of superiority and privilege over others. Basically, what I’m referring to is the ‘Ketuanan Melayu’ syndrome.

The most recent incident involved three young Malaysian men who had travelled to Japan for a holiday. They were staying at a hostel and were rebuked by a staff for disobeying certain rules in the hostel.

The person who rebuked them was a fellow Malaysian and what ensued was an angry and violent reaction by the three men against the hostel staff. They screamed and physically assaulted him, and one was even heard saying, “Melayu dengan Melayu pun macam ni!”

Here is the problem. So they are Malay and they expect preferential treatment because of that? Shouldn’t they actually be respecting the rules, and more specifically, respecting a fellow Malaysian who was trying to reason with them?

Another incident happened at the SEA Games which is currently taking place in Kuala Lumpur. Singapore swimmer and Olympic medallist Joseph Schooling made a remark saying that he was ready to “teach Malaysians a thing or two”.

Athletes are competitive in nature and it is quite a natural thing for them to ‘trash talk’ in order to intimidate opponents and also to psych themselves up before or during competition. There is really nothing personal to it. There is even a term called ‘game face’.

But of course, Malaysians were triggered by the statement and they got all upset and offended. Eventually, Schooling had to apologise and said that he was taken out of context. At least Youth and Sports Minister Khairy Jamaluddin came out to tell Malaysians to calm down.

And there is yet another incident, which is a more personal one. A friend of mine who is an alumnus of Malay College Kuala Kangsar (MCKK) posted a picture of a group of what seemed like a group of migrant workers.

One of the individuals in the picture was wearing an MCKK T-shirt and in my friend’s caption, he wrote, “This could be a declaration of war!” It was obvious that he felt offended that a foreign worker was wearing a T-shirt that carried the logo of his beloved prestigious school.

My friend was definitely joking when he posted the photo and caption but what is shows is that this idea of ‘Ketuanan Melayu’ is so ingrained in Malaysian society. It is as if the Malays are the superior race and no one should even dare question it.

It is so ingrained in our mind that even when we travel outside of the country to places where there aren’t any Malays and the concept of ‘Ketuanan Melayu’ does not resonate, we still think we are superior. The three Malay men in Japan are perfect examples of that...