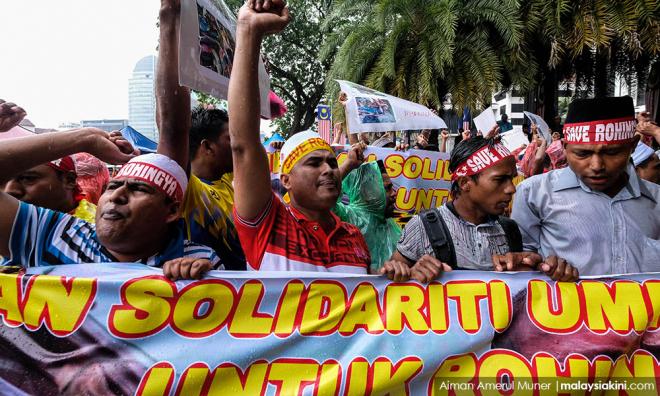 Rohingya row - a rabbit hole we should cease burrowing into

“Whenever a man does a thoroughly stupid thing, it is always from the noblest motives.”

COMMENT | If you are easily “triggered”, please stop reading this article. The cause célèbre amongst ethno-nationalists and liberal types is the plight of the Rohingya refugees. In the former, their support is based on religious solidarity (with the exception of the ruling elite, more on that later), and the latter, as a means to dispel perceptions that they are Islamophobic (the quote that begins this piece is aimed at this group).

Both sides are hypocritical and are a danger to the security of this country where race and religion are used to bolster support in diverse political bases and external stimuli could be the basis of homegrown terrorism.

The reality is that the Rohingya issue is essentially an issue of identity politics, political and religious malfeasance. There have been numerous “oppressed” peoples who have sought shelter in this country and because they were not “Muslims” they offered no political or religious capital. What we are dealing with here is not solely a question of humanitarian crisis, but especially in Malaysia, the more important question of regional stability.