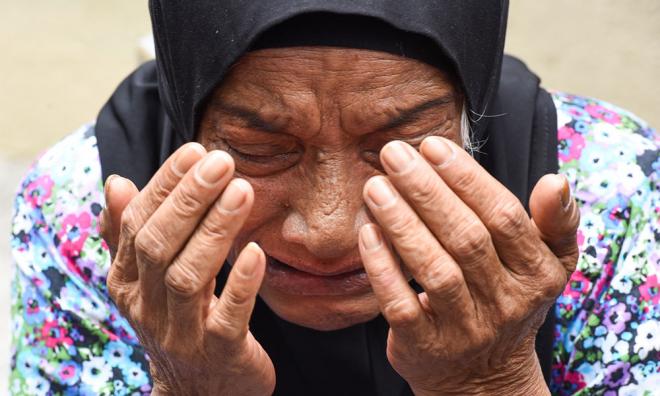 I prefer my children to live, not die as martyrs

COMMENT | Yes, I do not want any of my children to die a martyr. I want them to grow up and have full and happy lives, and for them to be able to contribute to society in any way that is fitting for them. I want to spend time with them, and enjoy their company and love.

So, it makes me very angry to hear Tahfiz Darul Quran Iftifaqiyyah school principal Muhammad Zahid Mahmud say that we should all assume that the students who perished in the early morning blaze yesterday died as martyrs.

He said that these children were willing to live separately from their parents and family just so that they could gain an education and better understanding of the religion. And so, God willing, they are all going to heaven.

When the fire happened, all the students who were on the top floor of the dormitory were unable to access the one and only exit because the blaze was already so intense. They tried their best to escape through the windows but the grill bars would not budge.

In the end, 21 students ranging from the ages seven to 17 died along with two teachers. Firefighters found their bodies piled up in the corners of the room near the windows. Locals who tried to save them couldn’t do anything but watched their desperate struggles and listened to their screams.

It was discovered that the school, which has been in operation for three years, did not have an approved fire safety permit. Urban Wellbeing, Housing and Local Government Minister Noh Omar said that their submitted architectural plans were also different than the actual building.

What makes me even angrier is that the minister said that no action would be taken against the school because they had already suffered so much with the fire and the deaths. All Noh said was to advise other schools to have valid safety permits from the Fire and Rescue Department.

Initially, before Noh made his statement, Kuala Lumpur police chief Amar Singh said that the police would open investigations and probe the school for its blatant disregard of the law. But I guess the minister’s word trumps his now.

Many of the parents turned up at the school in the morning were distraught and upset, which is understandable. But what I don’t understand is how they could have sent their children to a school without first checking if all the necessary safety rules have been complied with.

With the terrible safety track record that these private religious schools have, they should have been more cautious. Early this year, there were two cases of fires in other religious schools...