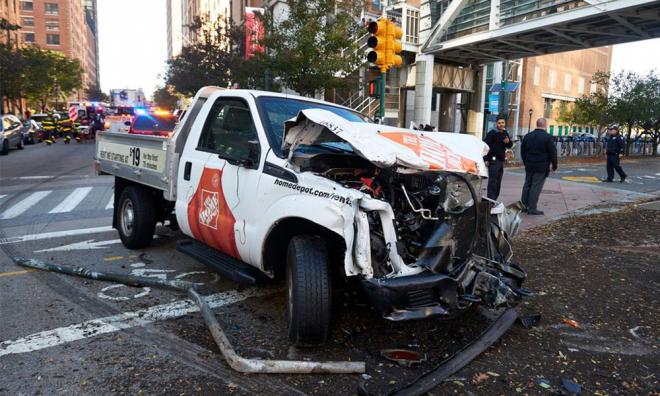 Show racists that their views are not tolerated

COMMENT | Two days ago, a terror attack happened in New York City where a man, who happens to be a former Uber driver, drove a truck into a bicycle lane killing eight people and injuring scores of others. He was a Muslim and allegedly claimed allegiance to Islamic State (IS).

Right after the deadly attack, which was condemned by many Muslims, a right-wing activist by the name of Laura Loomer tweeted these messages:

“Someone needs to create a non Islamic form of @uber or @lyft because I never want to support another Islamic immigrant driver.”

“I generally try to not support Muslim owned businesses companies here in NY. That shouldn't be hard to do in US, but w/ immigration it is.”

“I'm late to the NYPD press conference because I couldn't find a non Muslim cab or @Uber @lyft driver for over 30 min! This is insanity.”

“Muslims are out in full force at the scene of the NYC #ISIS attack today rubbing it in everyone's face. Aimlessly walking around in hijabs.”

This resulted in Uber permanently shutting down Loomer’s account. This is because under Uber’s terms of use, a rider or driver must respect each other and must not use inappropriate and abusive language.

Basically, Uber called out Loomer’s racism and has used its full authority to ban her from using their service. This is a case of a racist having to face the consequences of her actions, and she was subsequently punished by a corporation.