“Faith - strong belief in the doctrines of a religion, based on spiritual conviction rather than proof.”

QUESTION TIME | It is indisputable that religion is based on faith rather than proof which is why it is such a contentious issue among humankind from time immemorial.

Many wars have been fought over religion, countless people killed, untold suffering perpetrated through persecution of those who believe and of those who do not, etc.

But there is only one law that will save all religions and give people the right to practice what they want to, free and unfettered. That is secular law - yes, that’s right, secular law.

There is, or should be, only one caveat – that what you do in furtherance of your belief or non-belief does not impinge on the lawful and constitutional rights of other believers or non-believers to do what they believe is right and within their personal rights.

That’s what civilised countries do these days, having come a long way from centuries past.

We are told that our constitution guarantees freedom of religion for all and we know that was the original intention of the constitution on top of ensuring that the constitution is secular. This comes from no less than our founding father, Tunku Abdul Rahman, the first prime minister of Malaysia.

That means that anyone is free to practice any religion he wants to and that the practices of one religion will NOT be imposed on all. That also means, by clear implication, that if one does not want to believe in any one religion or even in God, he has the right to do so. You can’t force a person to believe something he does not.

The five-point Rukun Negara, modelled on Indonesia’s Pancasila first articulated by former Indonesian president Sukarno, has as its first point “Belief in God”. 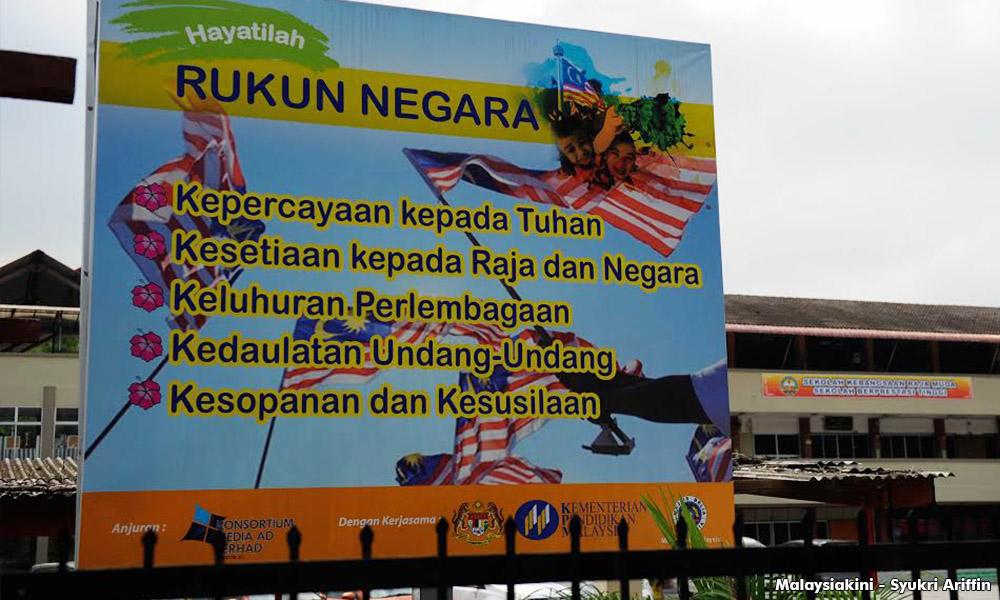 The Rukun Negara, roughly translated as “National Principles” was first introduced in Malaysia in 1970 after the May 1969 riots to help build national solidarity and unity.

However, belief, being an article of faith, cannot be legislated or required of a citizen. It is what you feel inside you about something - a judgement you make because you don’t have all the facts.

In respect of religion, the Oxford dictionary defines “faith” as “strong belief in the doctrines of a religion, based on spiritual conviction rather than proof”. It is something which is not provable.

If a religious teacher exhorts to you that God, whatever the form that your belief or non-belief dictates, requires you to do this or that or says that this is the true faith, there is no way he can demonstrate that...